The best conversation I have had in recent weeks was about St Hugh of Lincoln. Did you know: St Hugh of Lincoln BIT OFF chunks of St Mary Magdalene's arm in Normandy to bring them back to Lincoln? Impressive. He got his comeuppance, however, because his own head was subsequently stolen. As ye reap (arm bits), so shall (thine head) be reaped.

"The head of St Hugh of Lincoln was stolen in 1364 and later discarded in a field where it was guarded by a raven until it was recognised." (The Corpse, A History, Christine Quigley)

E: So many questions. Like, how LONG was the raven guarding it?

F: "Guarding" my ass. The raven was totally eating his eyes and tongue.

E: "Oh! Hi! Yeah. I was just, like, guarding him? Because some OTHER bird was eating his eyes."

F: "I was totally guarding him FROM that other bird. See how the other bird is gone now? That's because of my guarding."

E: "What, this, on my beak? No, that isn't viscera. It's .. this special plant that LOOKS like human tissue? Yeah, crazy!"

F: Every time I see a raven now I'm going to check if he's guarding some saint's head.

I am horribly behind on Yorkshire Vet recounting, so in advance of tonight's, here, verbatim, are my notes from the previous episode which was basically "Carry On Up the Alpaca" (aw, man, someone at my Dutch class asked for my blog address today and they'll be greeted with Gross Saint Stuff then Full Yorkshire Filth):

Nike "he couldn't get in"

"I can get my little finger in now, that should do it." (Julian breaching alpaca hymen)

"All vets love a good abscess"

And here is the week before, which was mainly about Julian violating a ram with the electro-ejaculator (deeply disturbing), but which nevertheless produced the following lines worthy of some kind of veterinary Alan Bennett play:

"Put a bit of Mr Sheen on there it'll be like one of them air hockey things."  I have NO idea what this related to and putting the quote into Google has not helped, surprisingly.

"Bored and mildly disgusted" - I think this might have been my son's commentary on the episode.

"Quite a deep cow"

"That goes in the bucket"

"No! That goes in your HORSE!" 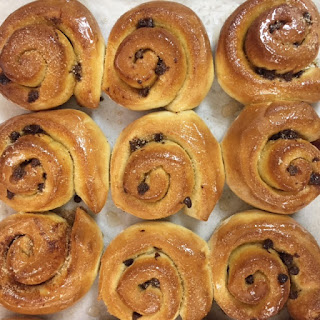 I made cinnamon buns yesterday and they were bloody lovely and not that hard so you can anticipate having to get me removed from the house by a crane sometime next year (not you personally. I imagine that task will fall to my family who do not like cinnamon. I made chocolate chip buns for them instead which were utterly inferior). 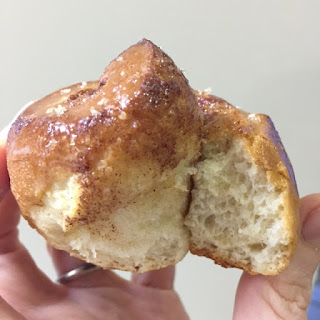 In Dutch class today we watched a short film about SLECHTVALKS! Slechtvalks eating duiven (pigeons)! They can only eat drie per week!  Imagine my excitement. I tried to explain my sophisticated and esoteric Dutch bird vocabulary to the bloke next to me but he just looked at me as if I were slightly weird and pathetic which is obviously not at ALL the case.

I had to write a listing this week about a play in which Damian Lewis has a sexual relationship with a goat.

It is mine on Saturday, I am particularly underwhelmed about it, due to my general uselessness/unfitness for purpose. I asked L to draw me a picture of "either an owl or a pangolin" for my present, but he has just come over to offer me "an owl EATING a pangolin". Maybe this should be added to my coat of arms (capybara rampant, fat pony passant, Yorkshire Gold banner, Owl in a box crest, scroll text "dans ton cul")?


You? Percentages? What would feature on your goat of arms (that was accidental, but I'm going with it)?
Posted by Waffle at 22:26

How did Mary Magdalene end up in Normandy? St. Hugh sounds kind of gullible.And also insane.

I can't imagine what would be on my goat of arms. A billy club for beating idiotic Trump supporters? Billy club. Do you see what I did there? We named our Thanksgiving Turkey Donald Trump. So that might be amusing for a few seconds.

My coat of arms would just be a heap of biscuit crumbs sitting dully at the bottom of a shield, with a dirty footprint rampant.

I've seen the goat play, sadly not with Damien Lewis in it, but when Jonathan Price played the goat lover. Very disturbing, very odd, in parts amusing. Nearly got hit by a plaster pottery shard in a particularly vicious fight scene.

For me the buns followed slightly too close to the stomach emptying bit. Maybe it could be divided by the nice pigeon thing or your birthday. Because the buns do look delicious, they were just a bit of a shock, I was still visualising the gastro tubes. Was Mary Magdelene deceased at the time of arm chunk removal? Are we talking flesh (surely highly dangerous raw) or bone? As you say, so many questions. (PS I know you fully intended your buns to be shocking, just thought you'd like to know they hit the mark.)

It is also my birthday on Saturday, happy b birthday to us. Clearly why I find your blog so funny, and am equally obsessed with chickens. Although gone off my polish bantam 'Tina' as she looks so like Donald Trump....

15% Remembering Crusoe having a relationship with a goat. Notching the ear of a favorite? No?

30% Mouse disposal, by grabbing its tail with now sanitized tongs. I'm no Robert Burns, that mouse wasn't even remotely surprised or concerned (having been on the back deck for a full 24 hours, dead, while I worked up the nerve). My new spirit animal not only does not give a fuck, it kind of thought it already didn't give a fuck before this.

45% Taken with the coat of arms of a local constitutional architect (because once upon a time people hammered out the rules over millenia...for a good reason, I swear), supposedly "a natural color fish on a blue sea"--but it looks like some partially-legged missing link in mud, which would be perfect.

10% Thinking newest slimy führer should have a crest emblazoned with a tallow candle, after early H.C. Andersen story about a candle whose parents were a sheep and a melting pot, who finds its purpose in life when it meets a tinderbox that sets its head on fire.

Happy birthday, you are the only thing that is NOT useless right now.

I must say I love the completely unrelated nature of the topics.

Dear Waffle, your letter to your mum is so beautiful. Sending you love on your birthday and always. As well as your family and friends, please know that there are a host of readers out here who love you very dearly and are grateful for your corner of the Internet.

I agree with anonymous above,as a stranger on the internet, I love your blog and it never fails to either make me laugh out loud or moves me to tears. You are a fine writer.Have a lovely birthday.

10% angry at running into the corner of my desk AGAIN!
20% still thinking about Arrival. It was great but it took two days for my eyes to return to normal after the ugly crying.
30% wishing I could just roast and bake for the rest of the week.
20% indulging in fantasies of retiring from my job. Theoretically possible in six years although it all feels very fictional because who knows if my employer (state with a self-induced budget crisis) or my country will offer any benefits in six years.
20% anxious about contacting a piano tuner. What am I afraid of -- cannibal tuner?

How i got my Husband back Thanks to Lord Alika for bringing back my Husband ,and brought great joy to my family??? My name is Kathryn Louise, My Ex-Husband dumped me two weeks ago after I accused him of seeing someone else and insulting him. I want him back in my life but he refuse to have any contact with me. I was so confuse and don't know what to do, so I reach to the internet for help and I saw a testimony of how a spell caster help people to get their ex back so I contact the spell caster and explain my problem to him and he cast a spell for me and assure me of 48hours that my ex will return to me and to my greatest surprise the third day my ex came knocking on my door and beg for forgiveness. I am so happy that my love is back again and not only that, we are about to get married. Once again thank you Lord Alika , You are truly talented and gifted. Web:http://lordalikaspelltemp8.Wix.Com/http is the only answer. He can be of great help and I will not stop publishing him because he is a wonderful man.Email: lordalikaspelltemple@yahoo.Co.Uk or +19287694882. Web:http://lordalikaspelltemp8.Wix.Com/http

Thank you for your miracle Doctor Osemu Okpamen

This article is dedicated to the Doctor Osemu Okpamen. I have been married with my wife for 5 years and recently she broke up with me and it hurt me deeply when she told me to leave her alone and that she does not love me anymore when i was always faithful and honest to her. I tried all the ways to get her back buying her what she wants like i always did and she still left me heart broken and she even has a new boyfriend which destroyed me even more until a friend of mine from high school directed me to this genuine spell Doctor called Osemu Okpamen. This man changed my life completely. I followed everything he told me to do and my wife came back begging for me back. I was stunned everything happened exactly like he told me. I had faith in everything he told me and everything was true. Also he was there every moment until i got my happiness back and he also provides spells that cures impotence, bareness, diseases such as HIV/AID E.T.C You can contact him via email at { Doctorokpamenspelltemple@yahoo.com } or visit his website http://www.doctorokpamenspells.com. He will help you in anything you need and quick to answer once you contact him.

area UK Replica watches while the other stopped and held the door open.The trio then fled in a Pontiac Grand Prix but were Watches Replica stopped by authorities on Interstate 96 near U.S. 23 when the suspects made a U-turn and went handbag replica the wrong way down the ramp. One suspect was arrested during the traffic stop while Replica Rolex Watches the other two fled and were found hiding in a Dumpster on Citation Drive.Henderson Designer handbags was sentenced.

Figure your every day and month to month consumptions, and attempt to evade superfluous buys. You ought to likewise fabricate some sparing, so that there will be no compelling reason to acquire cash for surprising costs or crises.

https://vivavideoproapk.com/ get the latest Apk for viva video

I hope that your post will be noticed by many people because it brings a lot of information to everyone, I will share it with my friends, wish you success. I enjoyed it, thanks for posting it, I hope this post of yours will be more appreciated by it really excellent.
friv Games free 2019, jogo io 4 school, abcya3 games, cá koi mini