1. There was a woman in the background on Antiques Roadshow (what, shut up, I love Antiques Roadshow and so do plenty of people who are under 75) last night with a large cockatoo on her shoulder. No one was even giving her a second look. We decided whilst watching that a Tumblr (Tumblr, so 2010, sorry, whatever people do instead of Tumblrs now) of “People of Antiques Roadshow” would be amazing, but of course cannot be arsed to do any such thing. Also, a lot of the experts on Antiques Roadshow are starting to look awfully young to me. This is clearly an even worse sign than policemen looking young. "But you're really in trouble when the Antiques Roadshow punters start looking young to you," noted my spouse, which is undeniable.

2. Further evidence of decrepitude: M suggested I buy some H and M* trousers (referred to in H and M Belgique’s online store as “pantalon large” which pretty much covers it) and I did because she Knows and they are indeed wonderful but the problem is they have an elasticated waist and are ethereally comfortable and now I fear my style decline has entered its terminal velocity phase. I mean, things were bad before the elasticated waist. It’s going to be novelty cat printed leggings and padded waistcoats soon. I own three pairs of slippers. I also got sent a leaflet on estate planning today (HA HA HA I hope you enjoy your carefully planned legacy of moth-eaten cashmere jumpers and mugs, boys), so I might as well just start preparing for my imminent badly dressed death, apparently.

3. The elasticated waist is going to be handy anyway, because my sister has got me hooked on some expensive white chocolate she found in the posh (if hopelessly chaotic) new chocolate shop round the corner. I know, white chocolate, disgusting, but this stuff is bloody amazing, and I'm in deep. It's almost as bad as my Galak addiction of 1996, which was a dark, dark period. It's this stuff: 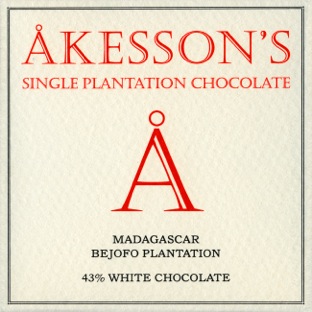 I'm sharing it because I don't see why I should be the only filthy white chocolate junkie around here. Join in! You have nothing to lose but your teeth and credit rating; nothing to gain but more chins.

4. I am listening to David Szalay’s All That Man Is on my dog accompanied staggers around the back streets of Belgium and it is brilliant and brilliantly read but has turned me into a raging misandrist. MEN! UGH! WHY ARE YOU SO TERRIBLE? My entirely male family keep getting dirty looks that are really intended for the protagonists and I frequently retire to the basement to fold stuff darkly and mutter about The State of Man. In better news, Uccle gets a tiny mention which was pleasing to me.

5. One of my children (if I say this, I don’t violate their privacy, yes?), has had a mole removed from between his toes due to our family history of skin cancer (not on my side, we the pale, underground people of the north lands fear and flee the fiery ball) but having something removed from between your toes makes for TRICKY healing and the keeping on of dressings, it turns out. We have been struggling, in the period before his next check up, to try and get anything to stay on there and the pharmacists, unusually for francophone pharmacists, are not much help and have offered me much shrugging. I’m on my sixth variety of plaster/bandage/gauze. It’s a shame he isn’t an animal really, because with my intensive study of Yorkshire Vet, I’m pretty sure I could have sorted him out in no time *places child in calving jack* *sprays entire leg purple* wears waterproof trousers* *tries to remember not to do any castration*

6. Someone commenting on a previous post drew my attention to the most exquisitely satisfying hamster eating jelly, so I post it here for wider sharing and appreciation.

8. Photo that is insufficiently pretty for Instagram of the day: 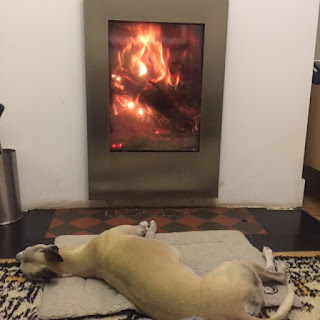 AT LAST. Out of shot: vast martini. Main food groups are now: white chocolate, pasta gratin, game-based pâtés and custard. It's not even that cold, but I might as well make full use of this elasticated waist, I figure.

30% Oddly peaceful without Twitter rage/envy/reflexive clicking/self-loathing, but
30% Bored and lonely
20% Leftover wine
10% Maths homework hell (not unrelated to wine, above)
10% Delighted to realise Paris is Burning is on YouTube.

You? Has your day been like dragging a mouse up a fridge? Or have you been a triumphant arachnid?


(*why does Blogger hate the ampersand so? Does it not know how often I need to discuss Marks et Spencer??)
Posted by Waffle at 21:51

I used to be mildly in love with the Keano twins from Antiques Roadshow. I even read their book. They make 18th century American furniture seem very sexy.

99% longing for Iceland, from when I returned recently and now want to live there permanently
1% Chinese takeout regret

Blister plaster? They stay on like anything and are waterproof, and you could fit a bit of gauze over the wound underneath the blister plaster so it didn't stick to the ouchy bit.

Huntsman season is just starting here (Perth, Western Australia) as the weather warms up. Way back when the kids were little I had one drop on me from the verandah roof. It was so big it straddled my (bare) foot. I suspect my screams could be heard over in Sydney. I certainly sympathise with that mouse.
Michele

Would like to go on record as under 75* and loving Antiques Roadshow**. My own smarmy, johnny-come-lately spinoff, of course, but I'll watch yours gladly (or the German one I call Krap n' Krempel)--though I prefer yelling, "You idiots!," at people on International House Hunters (yes, I've been hurt badly, and I'm lashing out). 19th century beaded saddle bag was the last great thing, before a transatlantic flight.

*Going to assume this whole post was an undeserved birthday present, a day I share with Leeuwenhoek, who made some kickass microscopes you can probably buy on eBay (well, not 'his' naturally).

**Tell your spouse that if any young people are at all interested in Antiques Roadshow (whether for pay or not), or even know of its existence, that this is an incredibly good sign for the slim, slim chance we all have of making it. And by making it, I mean surviving. Yes, the bar is low, jesus!

Was looking at that damn spider yesterday and thinking of my oldest son who owns a Very Large tarantula. Said son (and his tarantula) do NOT live with me, thank heavens. He claims that the spider is sweet natured, but how do you tell? It's not exactly cuddly!

I sit here reading your blog in elasticated jeans. I LOVE them, they fit properly around the waist and when I stand sideways and look in the mirror I think I look damn fine! No bulgy waistband where I've taken tucks in the back because jeans never fit properly. No fiddly diddly zip with a pokey out bit at the top. Just smooth lines,worn with a long top over the waist to hide the elastic. In fact, some of my best pants are elasticated. They are so comfy and, no, I'm not an old nanna. (well, old maybe, but not actually a nanna. Hurry up career focused children! I won't last forever!!!) Elastic is good! Enjoy!

You had me at "filthy white chovolatr junkie"

Or chocolate even. Long day and I'm clearly in need of chocolate/chovolatr

Hubby and I just love Antiques Roadshow (yes, under 75) - we play Spot the Snaggletooth as there's always one person in the background with the most amazing set of English Teeth.

On the subject of things to make one shudder, there's a horrifying BBC clip out there of a baby iguana desperately running away from racer snakes in the Galapagos - god, the stuff of nightmares!!

Thank you for sharing these article, the spider carried a mouse article is really terrific :o
Dog Breeds Db

Things being what they are, if it's best to stay away from these organizations, what are the options, and what would you be able to do on the off chance that you've piled on a huge unpaid liability with them as of now?

I hope that your post will be noticed by many people because it brings a lot of information to everyone, I will share it with my friends, wish you success. I enjoyed it, thanks for posting it, I hope this post of yours will be more appreciated by it really excellent.
abcya5, friv for school for kids 2019, cá koi mini, io jogos for kids