Well. Here we are, preparing for the world's greatest rat barbecue. Isn't that nice? My rat trapping skills, honed over weeks sitting in the bathroom waiting for Houdini to emerge from out of the skirting, will stand me in good stead soon.

I have entirely lost my sense of humour over the past week, though Toby did manage to make me laugh today by evoking, accidentally, the visual image of a nun entirely covered in choux buns. I don't have anything of value to add to the whole sorry business, so instead here is my suggested new cabinet and shadow cabinet, based on Saturday night's Owl Evening. They would sort this shit out. I mean, sure, their head cavities are about 78% eye and their brains are consequently tiny, but they would still be better than the alternative. I mean, it isn't called a parliament of owls for nothing, is it? #votestrigiformes 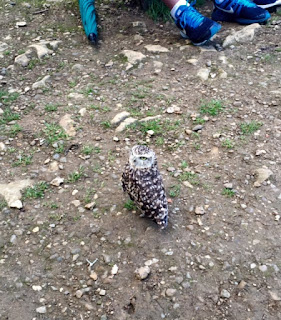 Just furious right now. Don't try and talk to her. Not going to take any more of our shit. 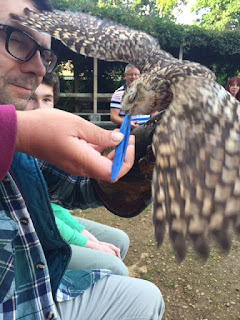 "Just hand me that chickmeat and fuck off out of my sight," says Flint.


The Scops triplets (can you see the one hiding in the hole? He can't even): 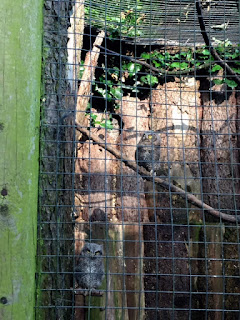 Have no time for this and have had it up here with us all. Want us to go away and think about what we've done. 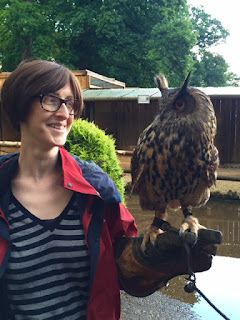 Hopes we understand it's our own time we're wasting 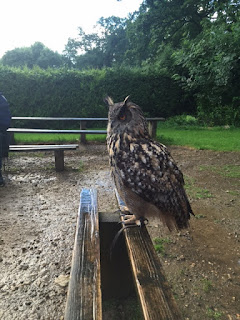 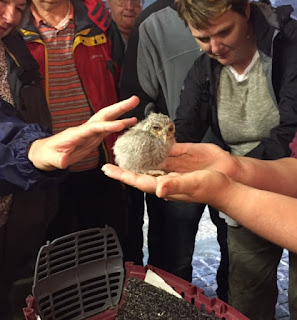 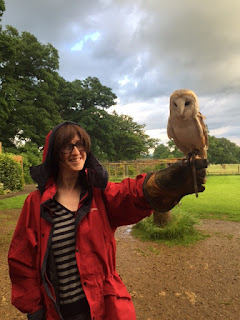 Is not angry, she's just disappointed. 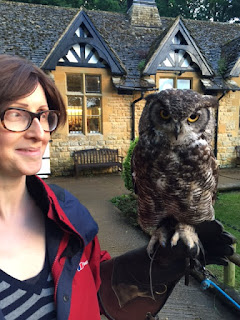 Is over it. "Are we done here?" says Desmond. 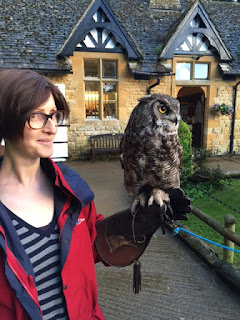 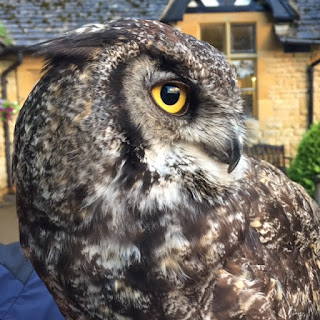 Going to Bastardpost now, while it's still standing. Actually, Bastardpost will probably survive the coming end times. Bastardpost and cockroaches.
Posted by Waffle at 17:16

My favourite Cotswold Falconry Centre. I want to work there when I retire. Or before. It would be good if they did a vulture evening; comments from vultures would be even more disparaging than owls.

Lola - Yes! The vultures watched the whole owl evening jollity with utter sour disdain. I would sign up for a vulture evening RIGHT THIS SECOND.

These are simply the best photos ever.

I was bought a falconry day at Andover Hawk Conservancy years ago - went with my father-in-law. We spent time with the owls that day too - and learned just how stupid they are - and how ridiculously needy they are when they are young too. Who knew that all their various talents were instinct!?

We love it there too. Nick is my best owl. Completely agree with all he says.

At a meeting the other day an art director declared that owls are the new cats.

Margaret - This sounds so much better than any meeting I have EVER been to.

I love owls. It's the summer holidays soon; I will take the children to hold owls as a treat. For me, mostly.

I gave a copy of your book to my lovely speech therapist friend who comes to our school and eats biscuits with me and rants with me about Tories and all sorts; she is from York originally and you reminded me a lot of her at The Books that Built Me. I'm sure she will love it.

I have mixed feelings about the owls. You seduced me a few posts ago into following Dutch-speaking tawny owl chicks, and they are adorable. But the barn owls are a whole different matter. The chicks look like carnivorous dinosaurs who think a bit of patchy fluff makes them cute (it doesn't). And the mother keeps watching her younger chicks die of neglect and starvation, then feeding them to her older chicks. Surely not best mothering practice - though I can see the temptation at times. I now approach the live feed with mixed emotions - determined to stick to exclaiming with delight at the fluffy tawny chicks, condemned to switch to the barn owl nest to watch the latest act of casual owl cannibalism. And I therefore eye your Cotswolds owls with some trepidation. Though thoroughly approve of their political sentiments.

Beautiful owls. What a perfect antidote to current events.

A buzzard is following me when I run at the moment: it swoops down over my head as it flies from tree to tree, or flies so its slightly sinister shadow is just in front of me... I am hoping it is nesting-related, and not the result of bird politics (or thinking my hair is a vole).

I love your imagined owl thoughts.

Interesting article! I owe a the birth of my son to Vatican nuns since he was born prior to the synthetic version. ha!

Hi Sarah, I agree about the barn owl chicks - even their downiness has a grotesque muscularity to it. Luckily the charming young little owls (steenuils) are still hanging around the nestbox. And the kingfisher eggs just hatched - maybe they will be cute rather than creepy.

You've probably seen this but when my daughter showed it to me, I thought of you straightaway.
https://www.youtube.com/watch?v=1ZPQVs-y8oQ
I hope that sounds like a compliment!

Sarah/Rosie - I so love that you are watching the Dutch birds. Though totally agree the barn owl chicks are surprisingly creepy.

Just to let you know that your book has been sighted in Madrid! It's holding up very well considering the sweltering heat!! So happy to see it in real life!!

Sorry to leave a random comment but I am looking for the lady who tattoo-ed your brows when you needed her, am about to have chemo, and wanting some eyebrows in anticipation!

I do also love your book and your blog and your tweets but now that sounds like sycophancy. Hope you will accept it anyway. I 'met' you on Twitter and always read what you write in the Guardian when you do.

If you have time to message me that would be v helpful I am @HelenSparkles on Twitter. Account is locked (as am a social worker and get abuse on Twitter).

Hi Helen - Her name is Sophie Thorpe and she's brilliant, but I think she won't do it during chemo, only after? Email me if you want more info.

Thanks Emma, much appreciated. Going to ask if I can have it done before chemo as although treatment not yet planned, chemo is v likely and eyebrows were thinning anyway.

Really unbelievable, is not as easy as you can see, the posts difficulty and challenge waiting for you and that's the main difficulties that make us interesting.
Unblocked Games, friv 2 games, abcya

Bollywood is famous for it's romantic drama movies, Sanam re is one of those. It has really nice love story where hero donates his heart to heroine to save her life. Sanam re has really nice romantic songs too. I like each and every Sanam re Song.

I accidentally saw your post and it attracted me from the first few seconds, it was excellent, hope you have more successful posts. I like this post because it contains a lot of useful information to read, maybe everyone will like me.
io jogos 4 school, friv school 2019, cá koi mini, abcya games

Because insects are the biggest vector of infectious diseases, because they transport germs and bacteria from one place to another; therefore, Dammam Company for extermination is based on research, study to reach To the best results to eliminate insects of all kinds, and welcomes any contractor with them, whether companies, villas, apartments, factories, houses, restaurants, cafes, etc.
شركة مكافحة حشرات بتبوك
شركة رش مبيدات بتبوك
كيفية صنع مبيد للنمل بالمنزل
شركة الانوار لرش المبيدات