I am worried about the moddles in the Brora catalogue which I received yesterday. For people wearing cosy, delightful Scottish cashmere they look really pained: 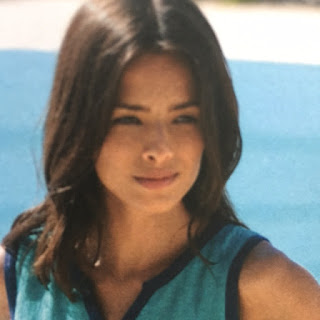 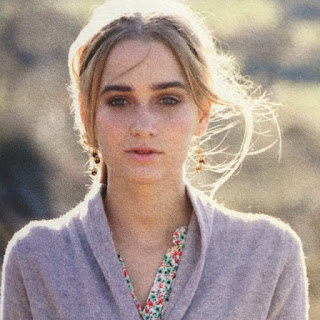 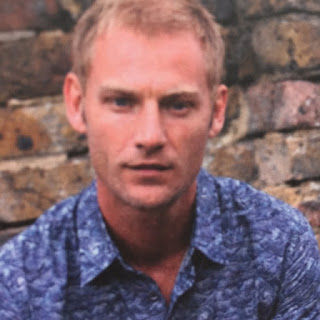 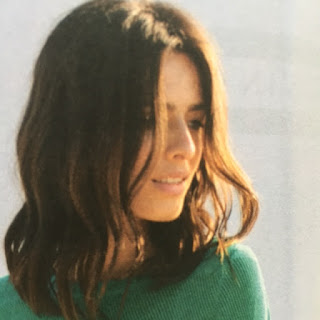 These are the kind of facial expressions I adopt when cornered by mad people or waiting for the dentist but trying to conceal my true emotions. I can only surmise they are worried about overheating. CHEER UP, CHAPS. You can always take the jumper off and wear it tied around your neck like a posh French teenager!

(It has been pointed out to me that mardy models are a universal phenomenon and of course this is true, but it seems at odds with Brora's jolly, cosy, Boden-esque branding. Also, they look as if they are trying to smile but some deep personal sadness is preventing them)

I continue to live for Belgian fashion personality and generally fabulous human being Didier Vervaeren's Instagram feed. DV has an extremely strong personal brand/look and a way with a long hashtag. In his most recent picture he is apparently barbecuing a pig in a field in Berlin, which activity is in no way detracting from his inherent fabulousness. I commend him to you in the strongest of terms. He was once on my tram and asked me the way somewhere and I was totally starstruck.

I think Audible was hiding my audiobook from me due to being in Belgium. If you want it, it's here. I didn't read it. This was not due to them telling me I couldn't due to clicking my tongue like an enervated dolphin, but due to time constraints. Linking to this has showed me the incredibly lovely Amazon reviews some of you have left, for which the most abject, grovelling, weepy thanks. THANK YOU.

I am now in possession of a fourteen year old. Preparing his birthday has been considerably easier than giving birth to him, particularly since he now wants me neither to make him an adorably wonky homemade cake or even a nice homemade meal, deduce what you wish about my domestic talents from this. I have a Phénix - blackcurrant and pistachio moussey thing - from the posh bakery and have ordered burritos. If you have any advice about parenting fourteen year olds, I am all ears (I initially typed "all years", which is how I feel today), given I continue to feel as if I am perpetually failing in every respect. I mean, he's lovely, but we watched "Unbearable Billionaires Fight Each Other In Hideously Unbecoming Ways" yesterday (I don't know what its real name is, but it was on Channel 4 and featured that woman who painted her Kensington mansion stripy to piss her neighbour off) and L was entirely in favour of the hideously disruptive, loud and blingy many-storied basement developments. Maybe he'll store me in one when I get old.

Due to a combination of confusion and greed I accidentally ate my lunch at 10:30 am today and then tried to power through (ha, "power") until dinner. This was a hideous error of judgment which has led to several hours of me muttering "I hate everyone" with quiet venom, and culminated in me punching a bush on my walk home from Dutch class. Do not eat your lunch at 10:30 kids, lunchtime exists for a reason and that reason is to PREVENT MURDER, horticultural or otherwise.

You know how a while ago I offered to send you a hilarious article about Bear Grylls style survival from The Times if you did not have a sub and wanted to read it? I extend the same offer if you would like to read an insane, amusing, kind of terrible article about that man who decided to become a goat. Just email me if this is up your strasse.

You? What would be your patented portfolio emotion?

Well, I've got 14-year-old twins who will be 15 next month and my advice to you is...ah. Right. Nothing. I've got absolutely nothing. Threaten to take away his phone. (Of course, be warned if you do this you will put up with incessant whining which will make babyhood teething seem easy.) Much better is to go with wine. For you not him. It seems to have worked so far. That said, my son is far easier than my daughter so maybe I'm confusing the two and you'll be absolutely fine.

Where where where can I get burritos in Brussels ?
I finished the book yesterday. I was sure I was going to love it and in the end I enjoyed it more than I thought I would. HUGE congratulations, you've done something amazing.

I like the complexity of your coinage with 'hang-spair' but can I suggest 'hangennui' as an alternative?

I have 2 sons aged 17 and 21. Neither were bad teenagers but both were able to drive me mad. Without being depressing, wine or gin should get you through it. (But now, sadly, I am too old to drink either without becoming exhausted)

Having not bought the beetroot pasta, I bought gorgonzola and red onion. I liked it. Mr 17 declared it 'weird, too sweet'. I please none of the people none of the time.

14 year old boys are much sweeter to their mothers and seem to require large amounts of meat. That's all I've got.

I have no children, but I am all years today too, having spent it grading final exams. Well done you for getting him to 14--I'm sure you'll do fine.

Alanna - Email me for the article. It's quite something.

Marion! I love it when I can actually do something useful. New burrito salvation (REAL burritos, not some Chiquitos nonsense) is available at Chez Wawa Rue Américaine. And they deliver (via Deliveroo)! Also thank you so much for being so lovely about the book.

MJ - Ok. Fuck. I have the booze covered. Most people seem to think booze is the answer, so that's comforting.

Alison - Yes I am in favour of hangennui as a frequent sufferer.

Didier is quite ... something! A sort of Belgian Bieber? What is he going to do on his stage in Berlin, do we know?

Am massively resisting the urge to buy your book on Amazon and waiting instead for it to reach my local bookshop. I may have to start ringing up in different voices enquiring whether they have it in yet.

I only have a toddler, so no advice on teen parenting apart from treating it like the toddler years: child is not quite in their right mind so just see everything in their light and bide your time until they are 18 (28, 38)? Or if it gets too much to bear disappear for a while to hike with baby goats http://www.avoidingregret.com/2016/05/photo-essay-hiking-with-baby-goats.html

As to mardy cashmere models' pained expressions - they are all wearing brastards. Mona Lisa probably was too.

I've raised four children past the age of fourteen. (Two boys, two girls.) It really depends on the child. My youngest son was delightful, the oldest (now 23) was not. The girls, of course, were difficult.

I think my patented emotion today is "fatpression." Because I feel enormous and am depressed about it.

Dear Waffle, à propos absolutely nothing at all, I thought you might like to know that "Love, Nina" by Nina Stibbe has been made into a TV series starting in mid-May, on BBC. It was in the Gruniad, so it must be true!

(p.s. Hearty congratulations on publishing your book, can't wait to read it!)

Thank you, Patience Crabstick, for coining the word I needed to describe how I'm feeling right now. Fatpressed indeed. I probably shouldn't mention that I tried to go clothes shopping yesterday evening and am now way more depressed than before. It is so easy to gain weight and so, so ridiculously hard to lose it.
Teenagers need parental nurturing in the background, good friends, a steady supply of nutritious meals, enough money for a social life, reasonable demands as regards academics, time to explore the stuff they enjoy and for home to be a safe place where they're not unduly nagged at.

Three chapters of audiobook in I must know. Do you have a Yorkshire accent? Do you call it Frans or Frahnz?

She says Frans when she's being you. And she does your mum in Scottish. Nobody else has directly spoken yet. She's got a lovely French pronunciation too.

Kath - Ha, excellent! I knew she did good French because they let me listen to a sample...

Salman khan is one of the greatest entertainer in Bollywood, his recent super hit movie "Sultan" was really great. People love the Sultan Songs so much.