We are back! The sun shone today! My book arrived today having assumed its ultimate form! This was an exciting, and also a terrifying moment and I could only look at it for half an hour or so before I got overwhelmed and had to hide it again.

It arrived in a battered jiffy bag, resealed with Bastardpost sellotape that read "Your package was accidentally damaged". I love the use of the passive form here. 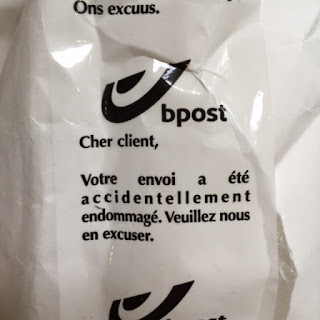 Note regarding last post: the photos I was complaining about (and accompanying piece) are here. I ... I don't know. I think I look like a dick, especially in the blowsy eclair leering weird "hair" picture and the "totally naturally reading this paper, this is how I always sit" pic. I blame this ENTIRELY on myself, the photographer did a wonderful job, but the raw materials are sadly lacking and apparently incapable of placing their hands in a natural, non-claw position.

Further note: My friend F would like it to be known that she was the one who said that Pokemon sounded like Racine in French after I sang (well, "sang" over gchat) the theme song to her.

Anyway, less unsubtle book plugging, more holiday complaining. We had a wonderful time, climbed many hills, drank many gins, ate many crisps and read many books, but we had some evening entertainment issues.

Day 1: we have lunch with my father who announces, just as he and my stepmother are leaving "oh, by the way, the television isn't working, you can only get BBC1, CBeebies and BBC4".
We spend a wholesome evening reading and playing chess ("how nice this is" we say unconvincingly to each other), only latterly resorting to portentous BBC1 drama about undercover cops.

Day 2: No one wants to play chess again (ok, when I say no one I actually mean me). We watch Look North (local news, many stabbings), Masterchef and some episodes of a lacklustre comedy I have taken the precaution of downloading on my laptop. It is not entirely appropriate due to talk of testicles in mouths. We gloss over this as best we can: IN BRITISH SILENCE.

Day 3: Our attempts to interest the boys in a BBC4 film about a 16th century horse trader fighting unfair taxation, in German, French and Occitan, mystifyingly fail. We find Season 7 of Buffy in a cupboard and start watching that on the DVD player that is part of the telly. Boys are underwhelmed but submit. Just as things are getting interesting down at the Hellmouth the TV just ... dies. I have to sulk in the kitchen for a while and have an extra gin. Contemplate rewatching downloaded episodes of Trapped to teach ourselves Icelandic, but storylines of sex trafficking/domestic abuse/dismemberment lead me to think twice. We read extracts from The British Book of Moths and Larousse Gastronomique. Occasionally someone mentions some good telly we are missing and we all sigh. Most of the time we all look like these owls from The British Book of Birds, which we also peruse, in extremis: 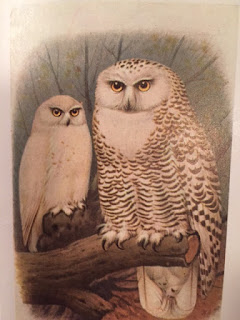 Day 4: We drive to Bedale first thing in morning and negotiate a loan TV set. On returning and plugging it in, we realise we still only have BBC1, CBeebies and BBC4.

Day 5: The repair guy comes! After some fiddling with cables, he does something miraculous and we can luxuriate in Dave Ja Vu, ITV2 Plus One and twenty thousand shopping channels.

In truth, none of this matters, because there are tiny bouncing lambs in the field: 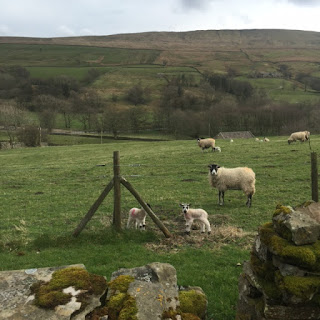 and a million varieties of weather in 12 hours 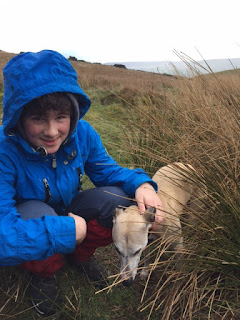 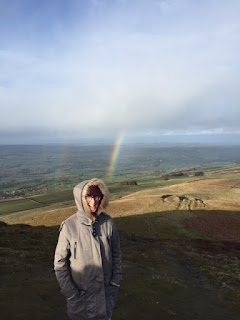 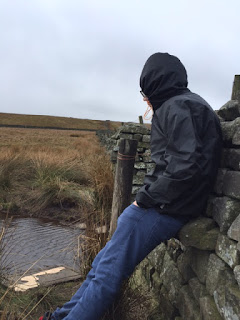 And it is all just stupidly beautiful. 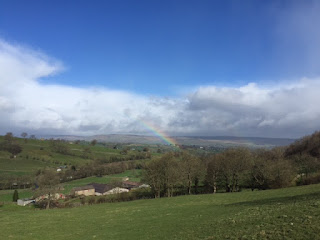 Ps - Imaginary Hugh Jackman's advice column is back! One of my favourite things on the Internet.
Posted by Waffle at 23:17

I thought your promotional photos looked great! Didn't even notice the claw hands (though now want to go back and check them out in the Telegraph article :-)). *Just checked. Nope. No claw hands. Still lovely photos.

You are so crisply beautiful; of course you can't see that, but you really look elegant and smart and engaging. You look just like your writing, really. Will the book be released in the US?

Does one need more than BBCs, 1,2 and 4 in this world? Plus CBeebies, of course. I'd happily make do with Beeb 4 on it's own and pay the license fee- TWICE! But then, I haven't got a telly...

I still think I want to live in France. My sister stuck it out in Paris, but then she's a cat lady in a less than elegant neighbourhood. I remember her telling me that she only felt comfortable and at home when she mastered the art of shouting back (post office, bank, whatever).

Very much looking forward to The Book!

One's own image induces a special psychosis --- more simply put, perhaps you're not the best judge? The photos complement the article and you look gently amused and lovely.

J'adore Paris. I would happily life there, even if people yelled at me (and they have, I remember being yelled at buying apples in a street market near the Pantheon) because it's so VERY beautiful. Also I no longer have little children, so I would not have to put up with shit for their sake.

When I got divorced, I listened to Edith Piaf sing "Non, Je ne regrette rien" triumphantly, over and over again. I still play it if I need to feel better.

The pictures are good! The one of you in the cafe is the best, bien sur.

It is lovely spring here in Hotlanta - the pink dogwoods and all the azaleas are blooming!

Am presently in London and have three channels in english and 12 in German.
Meanwhile, your PS may have changed my life.

'in British silence' is my favorite part. I can imagine living this moment at my British inlaws' perfectly. If we don't talk about it, it never happened. Quite useful, really.

I think the pictures came out wrote nicely. Your glasses are excellent; are they Tom Ford?

Melisa - Yes! I wasn't sure about them, but I have come round.