I spent ages today reading my archives to try and remember various things and it was really excruciating, like reading your teenage diaries. Occasionally I would think 'oh, that's quite funny', but mainly I was cringing inwardly and sweating and feeling a bit sick. It's so unguarded, I don't think anyone could keep writing like that for very long. Also, I think I used to be crueller (to myself and others)  and I'm quite glad things are a bit gentler now, even if I accept they are almost certainly a lot less fun to read.

This made me laugh a bit however about a work trip to Amsterdam:

"Excitingly on the return journey, I thought the taxi driver was trying to chat me up when he said "my shift ends now, shall I take you out to the airport", but then I thought perhaps he was just asking me if I wanted him to drive me all the way to there because he knew I was on expenses and wouldn't care. Either way, the moment of quite possibly imagined erotic potential was lost when he hit a large seagull. We tried to decide whether it was dead, stupid, broken, or drunk but inadequate language skills on my side cut the debate short. I still feel we shared a moment. Like Before Sunrise but with a seagull instead of Julie Delpy"

I remember that seagull. I know there were loads of funnier bits, but I can't face going back and looking.

Apart from that, I had vivid dreams about doing the make up of a woman who I have never met but follow on Twitter really ineptly in a rural Travelodge, then getting angry at a school fête and tearing a bread roll into tiny pieces and throwing it on the floor to make my point. When I woke up, I started the day by making a badly timed flailing gesture with a cup of tea and soaking my duvet and pillows and myself right down to my knickers with - thankfully lukewarm - tea.

Later, I had a tense run-in with my son of the type I would have recounted in full five years ago, then we did some Dutch and some Chinese and some .. I dunno. Maths of some abstruse variety? Some kind of compass-y thing. Then the new printer arrived and everything really went to shit.

The new printer is the size and weight - and has the temperament - of a Shetland pony. We tried to install its cartridges and it literally spat one out at us, then the cartridge tray ran away to hide in its black plastic burrow and refused to emerge. I watched several unhelpful amateur HP hack videos on YouTube then gave up.

F (my friend F, not my long-fingered son) and I discussed the printer. We have both recently read (and adored) the amazing H is for Hawk and the following will only be vaguely amusing if you have too, sorry. You should read it if you haven't, it's completely extraordinary.

E: THAT's what the printer was doing! It's bating!

F: It totally is. You have to be patient, Emma. Carry it on your fist for several days.

E: It's the size of horse, this could be tricky.

F: It's not in yarak. You have to wait until it is.

E: I think the problem is that it is in yarak. That's why it's so highly-strung.

F: You need to wait for it to calm down.

E: I need to go and sit very still next to it for the next three days or so. Not look at it.

F: Yes. Tear up some rabbit thigh and feed it to the printer. Maybe you need to change its printing weight?

E: Yes! Someone has been feeding it too many chicks, perhaps. I'm leaving it for tonight, anyway. I'm just going to put its hood on and let it settle.


While I was hooding the printer, the children, who have behaved like Haribo crazed toddlers all afternoon took it upon themselves, respectively, to (i) move into the printer's box with a Toblerone and a set of cushions (ii) stab the box repeatedly with giant Mikado sticks and write "BOX OF SHAME" on the side. So if we do need to return it, that will be interesting. 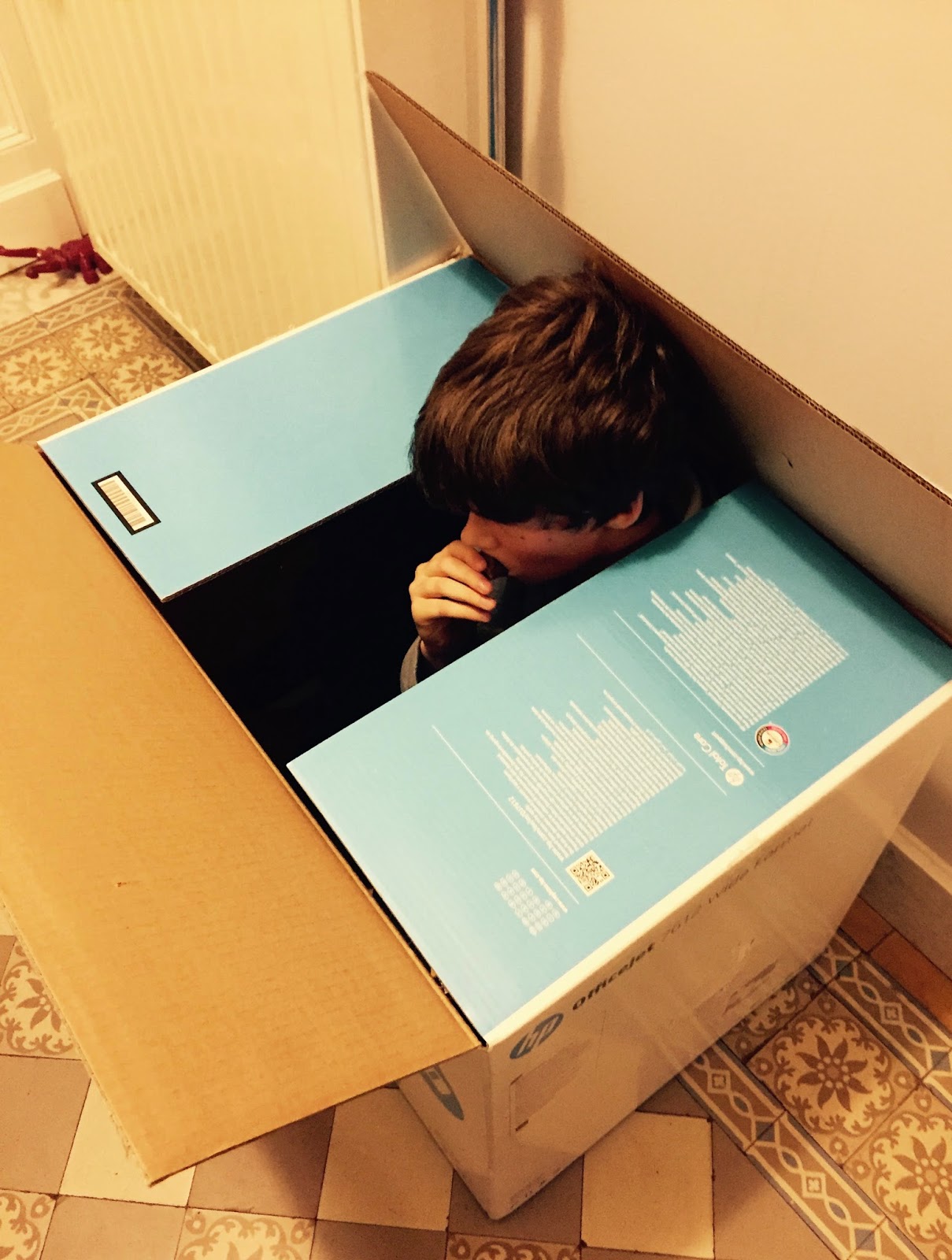 After that, a plate fell out of the kitchen cupboard onto my head and then broke into a million pieces.

Oh god, I have just remembered my jumper is still soaking in the bathroom sink and the bedroom floor is covered in tea-stained pillowcases.

Was your Wednesday in any way better than this? I can only hope so.
Posted by Waffle at 21:19

A colleague/acquaintance just delivered a dozen enormous and delicious caramel apples with chocolate swirls to my office. As there are only five of us here, the ratio is perfect.

May your day improve!

I went out to lunch, and I thought it was going to be awful, but it actually went quite well, what with the delicious agnolotti and the three flavours of gelati afterwards.

i had to do my expenses. and also eat in a strange vegan restaurant with dull work colleagues and also flies. nuff said.

I had to do my expenses today too (Thursday here in NZ) hate it with a passion!

To make things worse, the rotting flesh plant, Dracunculus vulgaris, in the garden has decided to bloom early. The place stinks like 2 weeks worth of dead animals have piled up against the office window (I work from home) and the flies have arrived in droves.

No one has arrived with caramel apples, but a calf is due any day now, so that may make up for lack of fruit and sugar. I'm not covered in lukewarm tea, or sitting in a box with the risk of being stabbed, so really that's a bonus...

Hmmm, well, trotted off to the language institute to see if I had passed my Dutch course. Relieved to see that ik ben geslaagd. Still can't quite believe the way exam results are so cavalierly posted for all to see here. Americans may have a reputation for brashness, but we like our exam results to be private.
Then had to proofread an excruciatingly detailed manuscript for work, which probably exhausted the world's allotment of footnotes for this calendar year.
Finally, I went home and had an entirely unnecessary quarrel with a family member who shall not be named, and felt foolish.
Not the best Wednesday, all in all.

I had a pretty good Wednesday, apart from the bank capturing my debit card, but you can't have everything.

Yay! Dale! Proficiat! Apart from, well, the rest of the day.

Oh dear, I am laughing so hard at your sons' abuse of the printer box. Printers are evil. We had a printer once that was afflicted with frequent paper jams and one day when my husband was trying to print something important and it jammed, he punched the printer and a little box popped up on our computer screen that said, "Error: from unknown source." The "unknown source" of course was my husband's fist.

I still guffaw inwardly whenever I see any of my NCT "friends" as I have flashbacks of your post from years ago when you said the NCT exists for middle class people to buy new friends when they have kids. So true. And thanks for the book quiz link in the last post...it took my mind of the fact that my two year old now shows no interest in ever napping again. I'm angst ridden.

God restored us and you our customers in Yemen and blessings We have many services provided by Babha Cleaning Company and superior in cleaning houses and villas - Pagoda Apartments is the best cleaning experts.شركة النجوم لخدمات التنظيف
شركة تنظيف فلل بالرياض
شركة عزل خزانات بالرياض
شركة جلي بلاط بالرياض