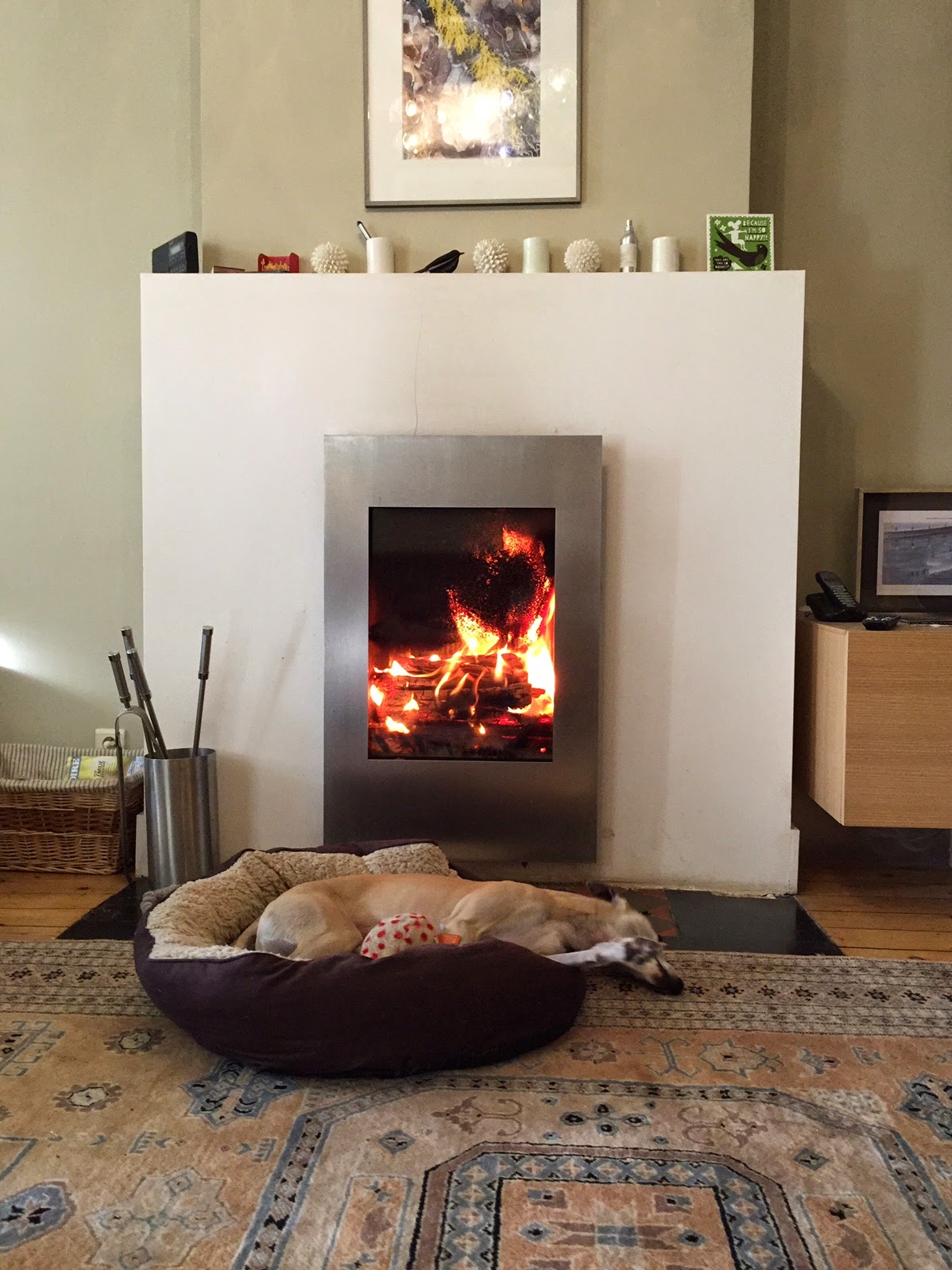 This gentleman has the right idea about Mondays. 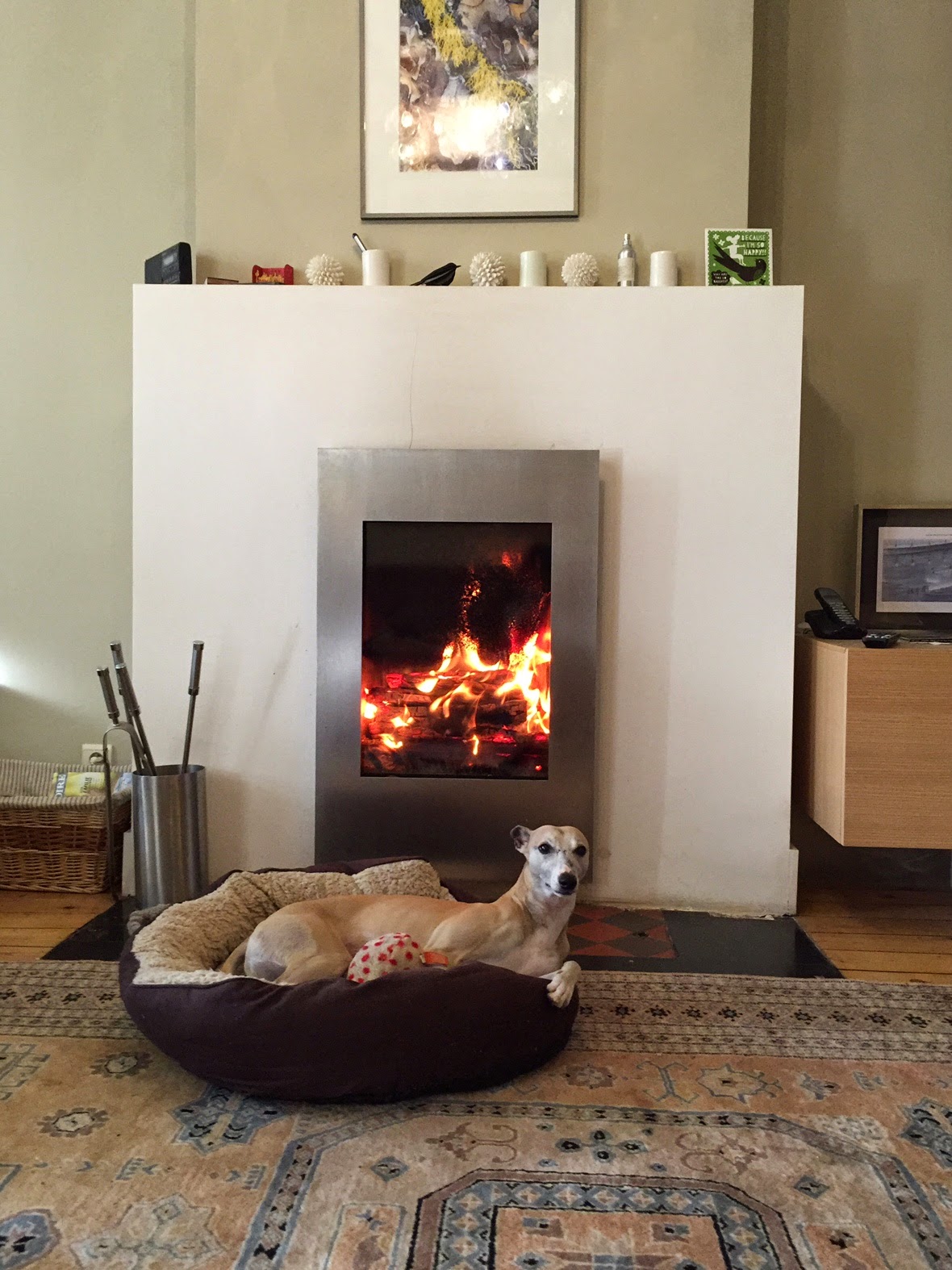 He's waiting for the monkey butler with his Sobranies and his vodka martini.

As reported yesterday, both children had the day off school. They have not moved, really and I have done some light invoicing and about a third of a Brussels guide. Apart from a vast amount of Clash of Clans and Top Gear, L spent a considerable amount of time fiddling with his new guitar tuner and F played the violin, dutifully (he has a new, stricter teacher this year). I foster the flowering of their cultural appreciation gladly, joyfully, but sometimes I wish they would keep it down a bit.

B: Every time he violins, you should sing along, like I do with my cat when she miaows (which shuts her up).  Or send him next door to start Belgium's next saxophone/violin phenomenon.  You know this is exactly the kind of thing Belgians would like.

B: I think you first have to buy him one of those trumpet things to affix to the violin. Buskers' requirement.

E: I thought we could just tie the saxophone to the violin, giving a similar, yet novel, effect?

B: I like your thinking. This sounds like it will be well positioned for success in a cramped pre-metro space while trapped underground waiting for unintelligible problems to be solved to resume service.

Other things of interest:

The lovely Flora, Fauna Dinner has drawn my attention to this creature:

A super heavyweight gondwanatherian. The knowledge that what is basically a VAST CAPYBARA was roaming the earth at the same time as the dinosaurs surely gives us a new insight into their demise. They were SCORNED into extinction.


I also forgot to show you this yesterday, a poster in the corridor of the museum, with a somewhat troubling vision of civic administration in Brussels: 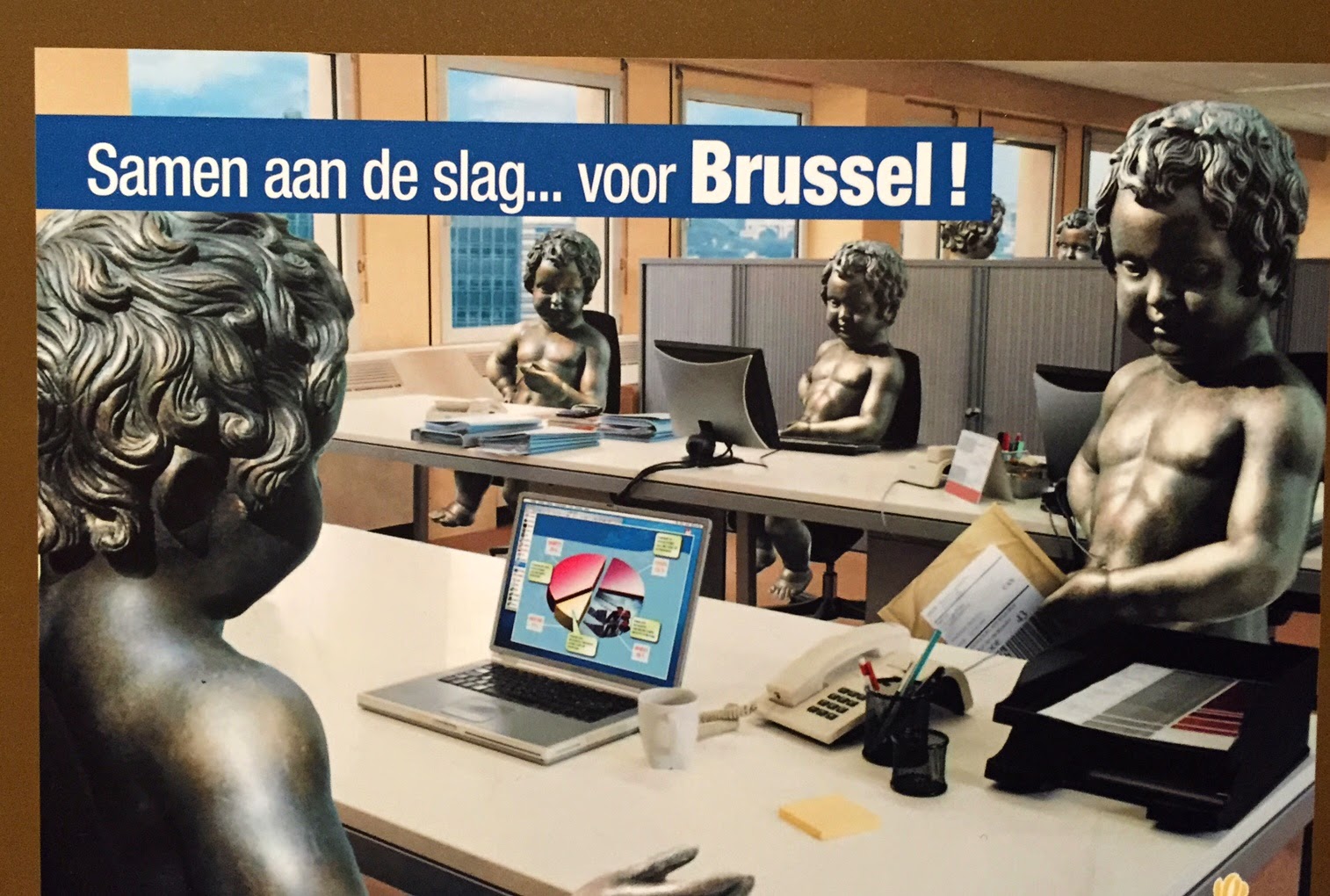 Seriously, this could explain a lot. I mean, they don't even have any hands free to use those computers. And what of health and safety, hmmm?

What of your Mondays?
Posted by Waffle at 22:33

Maasmachelen hell on wheels for me. Husband scored a load of kit from the Barbour and Levi shops. Moi? Nuffin (why the hell do shorter than me Belgians buy long jeans and have them taken up, hence no 30 inch leg anything...ever)? Curry in Brux kind of made up for it.

Someone called me "love" in the most aggressive way and I knew that what he really wanted to do was punch me in the mouth. My plumber failed to fix the leak under the sink. I ate so much dinner that I had to roll myself into bed. Not bad apart from that.

My final Dutch class (well, this round) fell fittingly on Monday. Now I have Wapenstilstand to study for the schrijven, spreken, lezen en luisterexamens. Such a pleasant way to spend a holiday.

I love the picture of your dog, looking so alertly over the side of his bed. Had someone just opened a bag of treats? Also, your fireplace is lovely.

I agree your fireplace is lovely.

I was in Belgium fleetingly at half term and thought of you. We got stuck in a hellish traffic jam in Antwerp, which wasn't such fun, on our way to Germany. On the way back we stopped in Leuven, which I love. There seemed to be a lot of motorway accidents, is that common?

Dear Waffle,
Your fireplace is beautiful. I think if I were you I would spend most of my days staring at it and feeling incredibly soothed.
Your post the other day about body insecurity was very good. I read the poem about "the soft animal of your body" just as I was waking up in the morning, fully realising just how apt a description it is for our poor unappreciated physical bodies. Later on that day, I happened to find myself in a German thermal pool and as I lay there in the warm water, my mind kept wandering back to the words of the poem. This was followed by a visit to the sauna section and the rapid realisation that every man, woman and child on the premises was sauntering around in their birthday suits. It took considerable effort on my part to take off my swimsuit and towel and join in the nakedness. I think the fact that I removed my glasses helped, in the way that babies think they are invisible when they cover their eyes. I stayed for a few minutes, staring fixedly and shortsightedly at the egg-timer things on the walls and then gathered up the dregs of my dignity and my sopping towel and retired to the showers. The soft animal of my body enjoyed the experience, but my mind is still in a bit of a daze.
Sorry for this very rambling post. Your writing is wonderful, is all.

Monday: grappling with the inbox and chipping away at the work mountain. Short absences from my work station (for example, short trip to Germany) come with the heavy punishment of dealing with the work backlog as well as the suitcase laundry.
Midday pause to reheat some frozen homemade lentil soup, adding a splash of teriyaki sauce to enhance the flavour at the last minute. Crusty German bread the perfect accompaniment.
Outside it's been pouring rain all day and winter is finally here.
Coffee all day at intervals to help with work. Hard slog all day and not much to show as yet.

Monday afternoon absolute craze since it was the last day to submit what I guess you would call EDMs in England. System crashes and general confusion, pretty standard. I had to cancel choir practice for which I was secretely pleased and then I unexpectantly got out of taking notes at the local council meeting. Yay. I promptly bought a ticket for Interstellar and spent a happy, uneasy, clenched three hours IN SPACE. Never better. Home by midnight, watched Homeland, had many sandwiches.

i second the suggestion of singing along to the violins. every time my daughter wails her displeasure at everything i join in with her and she is soon silenced. also digging that fireplace, innit.

My Monday and (dammit) Tuesday, and every working day for three months has been undeniably scuppered by my acquiring a bloody job. So 5.30am drag unwilling dogs to field, rains, drag equally unwilling dogs back to car, home feed them, shower, come out of shower to find them both resentfully on my CLEAN white bed scuttering mud and slime happily. Find work, work, go home - a 9 mile journey I cannot fathom, go different way, get lost, turn on satnav. Home, walk, cry in rain, gin.

I worked Monday, by which I mean I pretend to know stuff about environmental science and procrastinate spectacularly.
My husband recently fled the family home so came over to take the boys out to dinner. I had sneaky Chinese and ate the lot. Not a bad ending to what is normally a very average day.

I like this a lot. Thank you for sharing. I'm always looking for upcycles like this. In the end, you don't know it was a shipping pallet to begin with!
Watch T20 World Cup 2016 Live Streaming
Cricbuzz Live Streaming