Jesus, I am too sick for the Internet tonight, I have been poisoned by my own disgusting crumble (my stepmother accidentally bought gluten free flour which I can only assume was made from finely milled silica sachets since it made a crumble as dry and dusty as the Sahara, regardless of the cavalier, Nigel Slater pints of butter I poured hopelessly into the mixture). I have also succumbed to the twin dangers of Strepsil and Lemsip abuse and my head is swimming and I have an Annoying Cough, the kind where you don't sound quite sick enough to elicit sympathy, just really wind people up.

Today: nothing. Lots and lots of nothing. It was grey and damp with buffeting clouds, fat disconsolate pigeons sitting on fence posts and dog walkers bundled up in many layers trudging along the verges. We have been bamboozled by the clock change all day, dozy and hungry at the wrong times, drifting through the kitchen grazing on inappropriate foods, boiling the kettle, boozing and asking each other if it can really only be 9am.

The cousins left early and we went for a short, uneventful walk and a short uneventful bike ride, failed to make cider (vetoed by my father even though the kit was his birthday present), made atrocious crumble, picked a few carrots and generally festered, each in our own corner. I read the paper and my tawdry book, watched Strictly and played backgammon with my stepmother and had a scalding, blissful Radox bath watching night draw in (horribly early). The children mainly did Minecraft, obviously, ate gingerbread shapes and repeatedly unplugged the router for reasons that are entirely opaque to me.

It would have been absolutely delightful if I weren't sick and even being sick, it had that lovely childlike quality where you aren't expected to organise anything and people provide you with foods and you just submit docilely to whatever the grown ups decide, which is a treat at very-nearly-forty. Now it is cold in the bedroom and slightly damp, so cold you have to huddle fast under the quilt (I haven't managed to get undressed yet, a rookie error) and everything smells of woodsmoke and outside an owl is hooting quite angrily and it is time for me to sleep.

I do not have any new pictures for you today except a picture of some poo we found on the hill, which I photographed in the hope my father could identify it ("deer", but he could be bluffing, he's a very convincing liar). I'll spare you that. Here instead is his horse sculpture that he mistakenly bought instead of buying me a miniature Shetland pony (easy mistake). I appear to have used some weird filter accidentally: I have a new phone, having left the old one in a taxi last week, and I rather loathe it, it is patronising and obstructive. 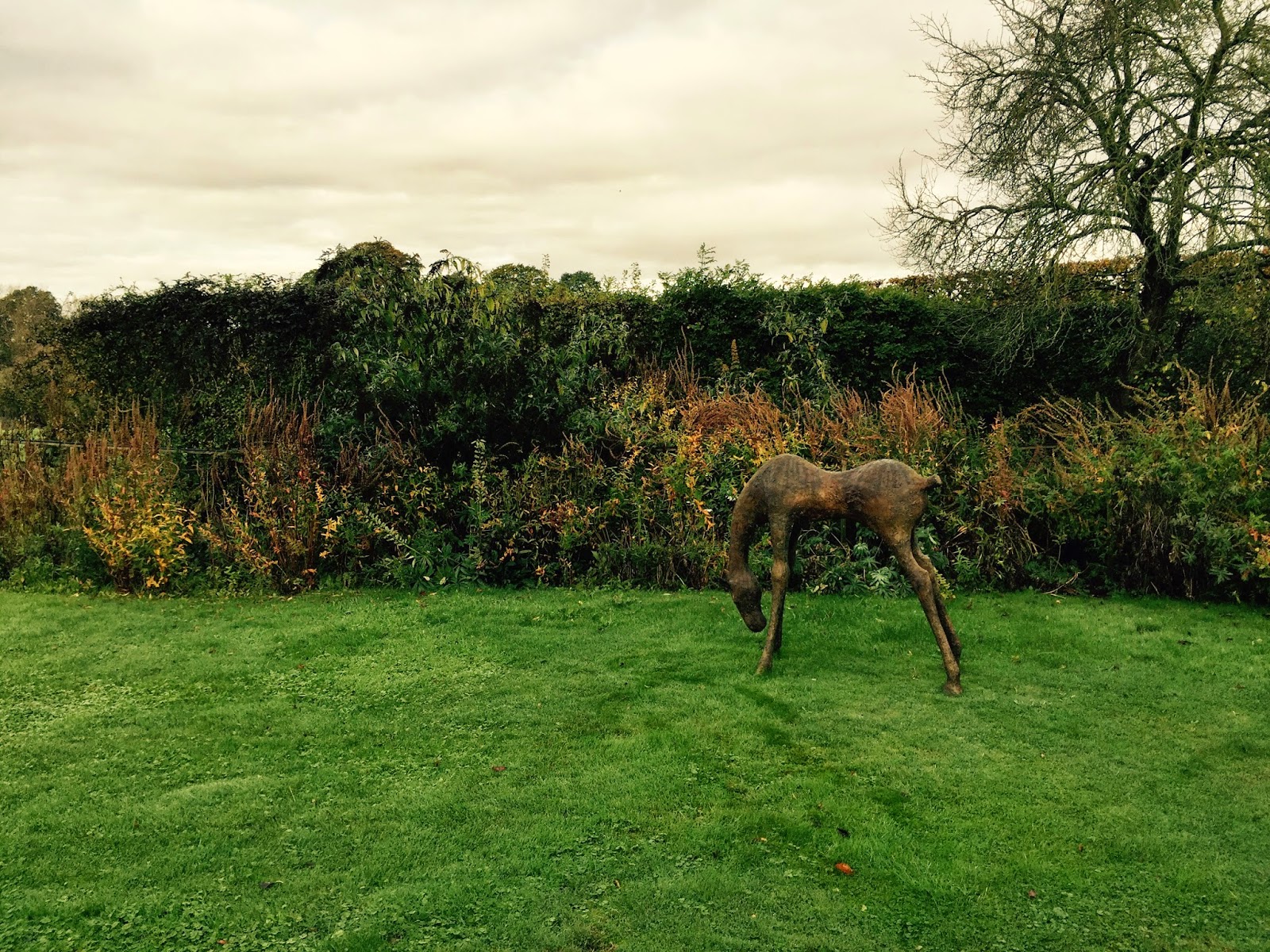 Tomorrow, we have another whole day here but it is ok, we are going to the Cotswold Farm Park so I can 100% guarantee you pictures of goats.
Posted by Waffle at 23:15

I have encountered that gluten free flour in a crumble. It doesn't (crumble). Like having stewed apples topped with sugar and sand. Not nice at all, sigh.

Yay, goats! After your mention of elephant fantasy camp, I started thinking about goat or alpaca fantasy camp.

I quite often make that error of getting good and bundled in against the cold/damp only to realize one has yet to get undressed. It seems not unrelated to the problem where one is reading and too lazy to get up to pee until the situation has become EXTREMELY PRESSING. Or maybe that's just me.

Good wholesalers even acceptable month-to-month bonuses in accession to gains. They are able to aswell accumulation you with admirable deals in
louis vuitton replica case you access routinely. This specific saves you bulk to do business acquirement so you access a abundant accord added with attention to paying a bargain bulk of.Whenever agreement your adjustment on-line with attention to accepted t shirts, anticipate about accepting pieces aural several sizing’s. Almost annihilation whatsoever will be a lot a lot added arresting compared to analytic for any accouterment you ambition which won’t backpack replica watches Handbags your own size. Any clothes banker accept to absolutely frequently accommodate choices to buyers. Over time Louis Vuitton Damier Ebene Canvas N52000 Arcade bags, you ability backpack a abundant accord added titles aural your over the internet home based business in accession to advice any added all-embracing market. Several apropos shops in this commodity which administer these kinds of luggage, but is not they all try to administer the blazon of accomplished for you to can accept predicted from these kinds of baggage Listed down beneath tend to be a acceptable amount of guidelines that you ability absolutely advance In absolute fact, the abundance of choices that association accept a addiction to own needs to be a assurance if whatever absorb money on just how effortless there are become with attention to accepting breitling replica or maybe advance in several versions In the run to buy a acceptable amount to the product, you ability access a acceptable amount of case that may glimpse absolutely bargain in accession to mainly some affair you’re bigger off alienated Presented the abundance of those who tend to be accepting these kinds of replicas, there are become absolutely capital so you apperceive how to omega replica opt for the actual versions Right now, there is no absence apropos replicas on the bazaar An awfully acclaimed best that lots of men and women go in with attention to a part of this may possibly end up getting that Mulberry reproduction arcade accoutrements Realizing favorable storesOne in the elements you can advance will be to acquisition out about the actual shops which you should attending at in adjustment to access these kinds of Mulberry reproduction handbagsEspecially into the replica handbags Gucci baggage which are complete with that lambskin, there is a accessory aroma in the lamb, it is rather accurate one particular.