To the snail shells

Dark days in Belgium and across Europe, the kind of days when you find yourself quite seriously wondering where else you could live. But where is left? I have had to put aside, regretfully, my long-cherished fantasy of goat herding in Larzac. Perhaps Yorkshire could obligingly declare its independence from the rest of England? I am reframing my daydreams to include a bunker somewhere under Wensleydale.

Dark days, too, in Uccle, where my noisy neighbour has acquired not only a saxophone, but a set of bongos, which he has been employing to full effect over the weekend. Prior to saxo/bongo fiesta, the neighbour had slightly deflated my outrage by bringing me a sack of straw for the chickens (you are not supposed to bed chickens on straw, but he didn't know that), but it's ok, now I am all pumped up again. It would be a shame to have any teeth left by the time I turn forty.

Let us revert to the usual format when I have no brain (ie. all the time).

My children are making me watch every tap dancing, dog wrangling, warbly singing second of the Britain's Got Talent this year and the semi-finals are on every night this week. I tried to sneak off for a shower earlier and was dragged back to see some gyrating infants. I have even had to forswear my favourite French flouncy pâtisserie competition, the catchily named "Qui Sera le Prochain Grand Pâtissier" AND they were doing croquembouches tonight.

The rest of the week is basically a write-off: Wednesday (half day at school), Ascension Thursday, Friday "teacher training", hmm yes, how convenient.

The builders hermetically sealed me into my office with thick plastic sheeting today, which sadly did not cause me to work harder.

The rat is back at the vet's (probably for the best given the dust issues, but the prognosis is very poor and very costly).

I have lost one of my favourite pair of earplugs. What? It's a problem.

Our new Prime Minister may be the man who doesn't actually want Belgium to exist, thanks.

F was fiddling with my wig tonight and I said "leave it alone, it cost nearly a thousand pounds" (true, but think of all the haircuts and styling products I don't need) and obviously he was shocked, so I tried to justify my hair extravagance by saying "it's made of real hair" which caused an absolute seismic shock of disgust that has made me laugh and laugh. F looked genuinely shocked and revolted and shrank away from me, whilst L became quite preoccupied with whose hair it was and how I had obtained it. "Maybe it's the hair of a tramp?" It certainly is now.

The hedgehog has taken to waiting for me outside the back door at around 11 at night when I usually feed it. It is fanciful to imagine it gets a little huffy when I am late, but I do sense a certain aura of impatience. Here it is last night, after FINALLY getting served, honestly, the place is half empty but can you catch the waitress's eye? Can you buggery. That is where it sits every night, craning its neck and sighing and vowing never to come back to this shithole again. 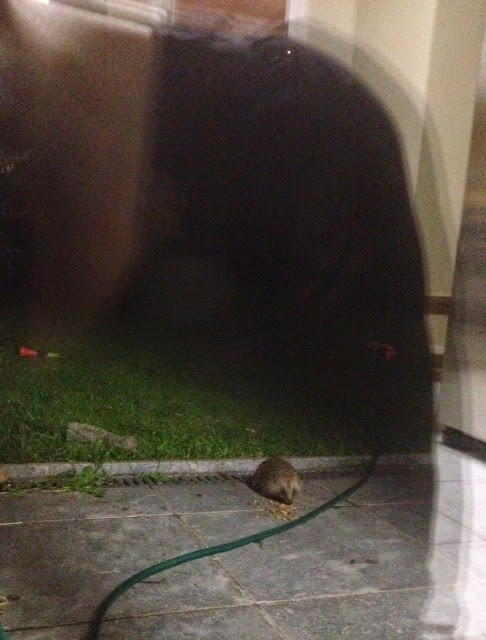 Neither up nor down:

Amusingly,  I have just been sent a copy of this: 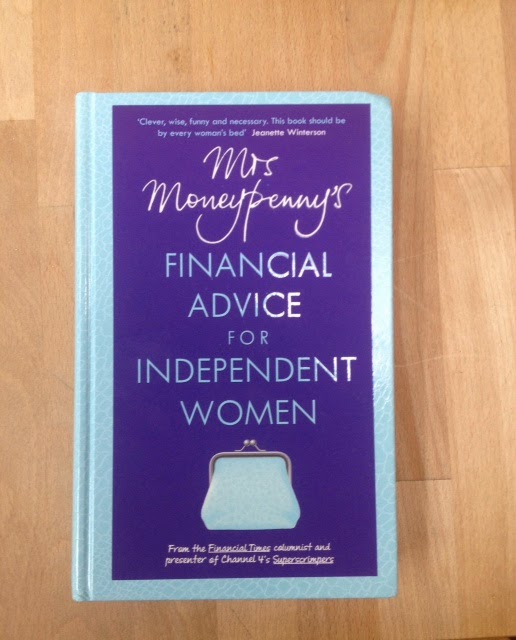 Never have I needed a book more, frankly.

More amusingly still, the reason I was sent a copy is that I am quoted in it. It's ok, I am not giving advice. Ha, imagine. 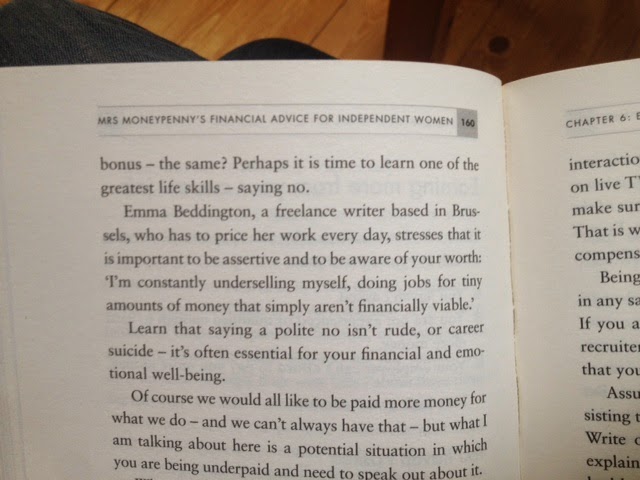 The unfortunate sequel to what I describe here is that over the past six months I have started to quote somewhat higher for the jobs I'm not desperate to do and this has resulted in me not getting any of them whatsoever. This was not exactly the desired result. 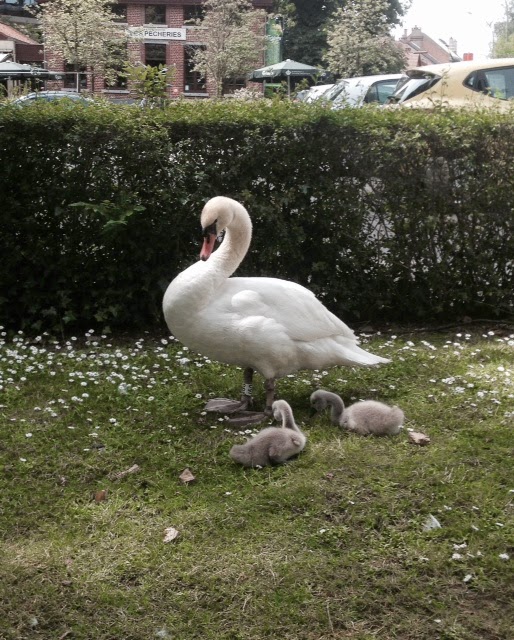 A godalmighty huge swan we met on Sunday. Whilst this one was threatening to break L's arm, half-heartedly, her mate was violently attacking his own reflection in a BMW. Swans: not noticeably peace-loving.

Dark days indeed. I think I might brush down my very distant Scottish roots and hope for a yes vote and head northwards. My poor parents have the misfortune of having recently had their village shunted away from the acceptable if Tory Ken Clarke's constituency into Newark which the ghastly UKIP may take in an upcoming by election. Shudder.

V dark indeed. My Polish plumber told me this morning that he 'can see their (ie UKIP's) point'. Which left me a little lost for words. However, he would probably pass Mr Farage's 'quality not quantity' test, as he has a degree in Polish philology, whatever that may be. Whatever it is, it doesn't help him fit the bath any quicker, that's for sure.

Hohoho: "In March 2014, Bart De Wever made a live appearance at the Flemish television awards, dressed in a Panda suit; a reference to a decision by the Di Rupo government to import two pandas at a cost per panda greater than the legal maximum director's salary in Belgium."

I love the hedgehog, thank you! That made me happy - I read this last night and came by this morning for another look.

I'm completely with you on the "constantly underselling myself" bit in the book, too. Although I have spent the past week terrified about the uncontrolled schadenfreude I'm feeling about a project that went badly wrong for someone else. (Terrified because schadenfreude just racks up the bad karma, doesn't it? I can't imagine it's good.)

Things are grim in the US as well. Yesterday, I saw something on TV about an absolute maniac who is either running for, or has actually been elected to some sort of office in Texas. (I was at the gym and couldn't watch properly.) His main object is to suppress all women--seriously, he's like the Taliban.

Re wig hair... I make a lengthy hair donation every other year. I wash it daily and do not ever sleep under bridges. It's lovely hair if you ask me, and though I might have got around a bit in my youth I've settled down considerably now that I'm in my 30's. I'd love to show you a picture but can't see how to do it. :D

Brilliant to see your name in a book and attached to such sage advice, too!
As someone who's also self-employed and has to give quotes for work, you're absolutely right. The good-paying work will come eventually, it's very important not to undersell your work. It's hard in the beginning and you can feel conflicted about missing out on projects because your fees are too high, but at the same time you're sending out a clear message of your professional value and clients tend to remember that and end up coming back to you when you need something important. Much better to do less work and earn less but be well paid for the work you do than be run off your feet and not be well-paid for the hours you have to put in. It's a fine balance but with time things fall into place.
Your writing is so good that you should absolutely charge very well for the privilege of sharing it with others.
Stepping down from the soap-box now, sorry for that outburst.

* I mean when THEY need something important, of course

15% work stress,
80% stress from a volunteer activity which is very much like the worst part of work except for a) no pay; b) far greater repercussions than merely getting fired if things go south at the rate they are currently.
5% stress over kid finishing HS and leaving home.

We at hackrelation, have a deep understanding of relationships, and human connections. Life is nothing great without the right people beside us, and thus we strive to help people build better relationships with the ones they will be spending the rest of their lives.

If you are planing basement renovation services in your home then you should leave your plan and visit these link, because here are all renovation and improvement ideas for basement in Brampton.