British problems you don't get in Britain

1. Every Wednesday for over a year, I have been going to the same café. I drop F off at his Chinese lesson and go round the corner for a cup of tea and an hour's free wifi. It's quite dark, the music is sometimes amazing and sometimes awful (old reggae =  yes, bossa nova Nirvana = no) , but mainly, it's quiet and convenient and the mere fact of being out of the house is cause for celebration for me in these barren, have-worn-the-same-clothes-for-three-weeks-my-wig-is-full-of-toothpaste times.

It's always the same waiter on shift at 3pm on a Wednesday. He's very nice: mid-twenties, super laidback and friendly, but also efficient. Initially we had a normal customer-customer service provider relationship, at least in a Belgian context. I ordered a cup of tea, he brought it. He went to sit outside and smoke until I waved a vaguely embarrassed hand in his direction to pay. I paid, and left a 50 cent tip. Sometimes he called me 'mademoiselle', which is either faintly flirty or faintly satirical when you're dealing with a make up free scarecrow/crone hybrid in an ill-fitting bra and bobbly shrunken jumper, but whatever. That was the full extent of our interaction.

Then, after a few months, one Wednesday he tutoie-d me. You know about the whole French informal tu / formal vous thing, presumably. Other languages do it too, because they hate simplicity, the bastards. Anyway, he called me tu, which, whilst unusual (sometimes Dutch speakers do it in French because they can't be arsed with vous but generally you wouldn't expect it in a commercial transaction), wasn't per se problematic. I don't mind informality at all, I am not actually a high court judge. You can call me whatever you like: mademoiselle, madame, shithead. Whatever gets you through the day. But if he was tutoieing me, then surely it would be rude not to reciprocate? I mean, if I didn't tutoie him back, I would look snotty, insisting on formality when he had made this friendly gesture.

So. The next time, I asked for my tea as follows.

You know what happens next. Friendly Waiter vousvoie-d me and I stiffened into Full British Embarrassment Code Black Brace Position. HORROR. Now I sounded utterly rude, addressing my customer service professional in such an offhand, condescending way. The next week, I of course reverted to vous. You know what happens next: in reply, he tutoie-d me, making me look snotty and cold. And so on, backwards and forwards, in a limping carnival of mortification for weeks. I started to think he was actually screwing with me deliberately to see me squirm. I seriously considered changing cafés. I devoted far too much mental energy to the whole business.

As of the last few weeks we seem to have resolved the tu/vous dilemma in favour of a solid tu. Which is good. We have even exchanged pleasantries about the price of tea and his (recently quite shit) music choices. But this brings its own problems. Can you actually tip someone you tutoie? Is the customer relationship now fatally distorted? Have we reached that tipping point of familiarity when British commuters, who have been catapulted into actually speaking to each other by some exceptional force majeure event are then forced to change the route of their commute entirely to avoid subsequent awkwardness? I don't know. I like my Wednesday café, so I am going to try and brazen it out. Maybe one of us will die or be struck dumb avoiding further embarrassment? Perhaps the café will be destroyed in a freak accident? One can only hope so. God, being British is exhausting sometimes.


2. Thanks to the magical workings of democracy (yay, democracy) my younger child has had to give up his classroom as a polling station and has been at home all day. Of course, they couldn't have used the classroom of the child who would have been ecstatic to stay in bed 'til midday reading and then watch TV all afternoon. They had to pick the classroom of the easily bored child who woke at 7 and has since been, variously, tormenting the dog by wrapping him in a blanket, releasing the chickens onto my flowers, making me watch Angry Birds videos (admittedly this 'birds get their revenge' video is excellent), making me test him on his Chinese characters and trying to enlist me to find his Blue Peter badge, then, when thwarted, trying to play with a diabolo in the corner of my office. Democracy, I am suffering for you. I cannot pretend I am doing it gladly, but I am doing it, so surely this counts for something.


3. Still editing. I became completely paralysed with mortification at a sex-related marginal note at one point this week and lost about 3 hours to rocking backwards and forwards whimpering.

5. The Glasgow School of Art fire is making me very sad and making me think of my mum.

6. Reversed into a bollard.

Up
My magnificent friend B sent me a 'Make your own Highland Pony' kit. I am hugely looking forward to making it, in the manner of occupational therapy. 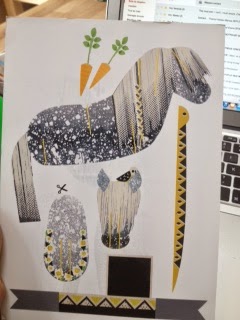 Why does the pony come with a companion snake? I have no idea.

There must be more 'ups'. Hmm. I have a tiramisu in the fridge and a box of Picard petits fours and a lot of wine and I intend to deploy all of these things in short order this evening.


Neither up nor down
My father emails - an exceptionally rare occurrence - to tell me he has bought a life sized bronze horse. What does one say to this? "WHY WOULD YOU DO THAT WHEN YOU NEVER BOUGHT ME A REAL ONE" was high on my list of responses, but I went for a tepid "ooh, lovely!", which I hope covers most bases.

Mr Burns seems to be standing for election in Uccle: 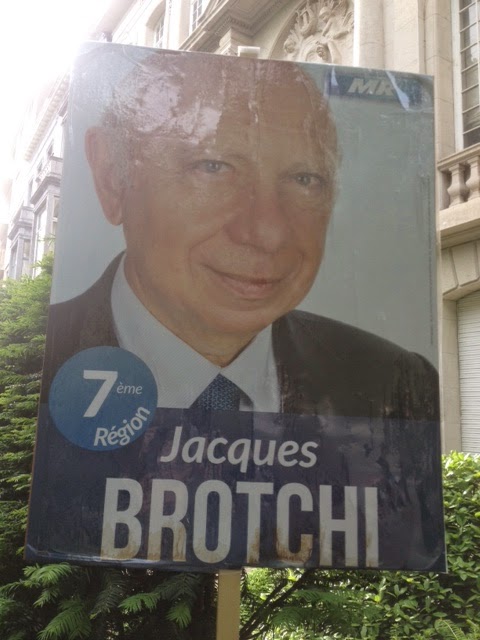 It makes me very happy that someone else who writes spends most of their time either chewing over the tiny things or otherwise displacing the process of putting pen to paper. Most reassuring, thank you

I'm pretty sure we're legion, Mark. This may be self-delusion though.

Tu/vous: you're in Belgium, it's less of importance, and that waiter probably hasn't even noticed the whole tu/vous forth and back. And I think, yes, you can easily go on tipping like before.

Jealous of your do yourself pony.

If it was a toss up between your cut out highland pony and you father's full size bronze horse I'd settle for the pony.

I was curious about lack of legs for the pony but solved that mystery by searching in another place.

As for the companion snake that may well be part of the harness decoration?

To unashamedly paraphrase MarkD, it makes me very happy that someone else has the same kind of thought processes as I do over things that other people don't even notice, much less agonise over. Same as regards procrastination. Most reassuring, thank you!
Reading your blog makes me feel less alone.

reading your blog makes me feel less nutso!! thanks!

I'm dying over the tu/vous thing, and also very grateful that as an English speaker, I don't need to worry about that level of awkwardness.

Oh I've missed you SO MUCH. (It'll be me your stats reveal lurking in the archives of the past 9 months...)

I know the tipping thing! I am answering in my capacity as an American, so this might not apply to you. But you have to now tip them *more* because you know them.

If you have a choice between your waiter and another, you must always choose yours because otherwise it means you hate them. Which you might, but you need to choose yours so that he doesn't know. And tip him even more to make sure he'll never find out.

OH GOD JJ THIS IS MAKING IT WORSE. Though thankfully there is no choice of waiters so that particularly source of angst is avoided.

Flora Fauna Dinner - I have been keeping up ASSIDUOUSLY with your corvid feeding. Very jealous.