Something of a slump today (I mean the calendar but it could equally apply to me): 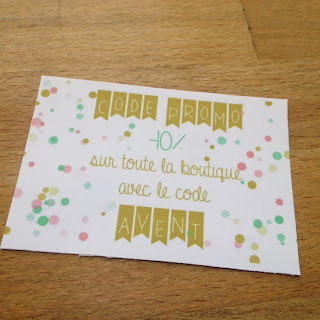 Though the yellow dog is sweet: 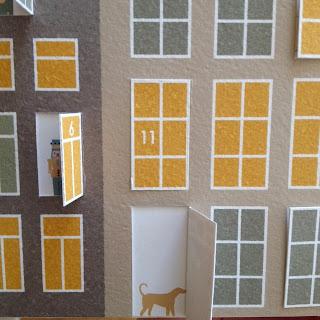 My own beige dog is going to cost us something like THREE HUNDRED EUROS to house over Christmas. I weep. Then I collect my own tears; dry them out and bottle them to give them to all my family members as "Dead Sea salts" for Christmas, because the dog has spent the budget ('budget'). Frau Antje may be right, and I may have to resort to a weepette prize giveaway (no one would enter though, since you all remember the appalling incident with the Picard pie).

Question: Is there any earworm more powerful than Kung Fu Fighting? I carelessly infected my friend F with it today.

F: Oh no. Kung Fu Fighting has an incredible effect on me. As fast as lightning. It lasts for weeks. In fact, it is a little bit frightening.

E: Shit. I've reinfected myself. I am so sorry. I feel genuine remorse. What is it about that song? Is anything else similarly powerful?

E: God, it is, isn't it? Now the two of them are fighting it out in my head. Aaaargh.

F makes a case for "What does the fox say" as a modern pretender, but I'm not even sure if I could pick it out of an aural line up. Which is strongest for you? Let's test this out.

A minute increment of progress: I have just opened the agent's document and scanned it squeamishly with my eyes half shut. Tomorrow I will galvanise myself to actually read properly, probably quivering like a jelly in the manner of Mr Jelly (I have just had to go and check that was actually his name. How come Mr Jelly has a special name? Why is he not Mr Anxious or Mr Scared? Who knows). Pathetic.
Posted by Waffle at 18:01

Kung Fu Fighting really is the work of the earworm devil.

I can't speak a word of Limburg Dutch and yet I get it stuck in my head ALL THE TIME, GODDAMNIT. It is, apparently, a hilarious reworking of a song called 'Felicita', which is presumably just as earworm-y but I suspect the video features fewer mullets.

My husband had Love Me Do stuck in his head yesterday and reports that it is insidious.

Only slightly related: I initially mis-heard Miley Cyrus's song as "I came in like a rainbow!" and so I always enjoy hearing that one and imagining it's about butterflies and unicorns.

For some unknown reason, I discovered a few years ago that I can defeat all earworms (why did I just type eyeworms here?) by singing Mack The Knife (the Bobby Darin version, specifically) in my head. Odd, but true.

The fox song played at an Irish pub in Seoul this weekend. Drunken people started screaming the weird sounds. It's a lot cuter when my students do it. "Teacher, ka ka ka ka ka ka kow one more time please!"

Rip van Winkle's trying to hash out some new Christmas rituals up here. So far, if you're 'good' you roam the streets day and night thoroughly unsupervised with scads of illegal fireworks...for two solid months. Maybe if you're bad you could get a whippet that eats all of your holiday desserts and then gives them back to you, on the floor.

I thought you might like this video about a woman called Loes Veenstra in Rotterdam. She knitted a lot of jumpers over a lifetime but nobody ever wore them, until one day...
http://www.youtube.com/watch?v=Pul1Ja8gWBg
Brightened my morning ;)

....and therein lies another successful earworm. Thanks anonymous!

Progress is progress, don't knock it. And could you tell us what it's like please? As I am unfamiliar with the term these days, 'working from home' - although I have just managed to fill in a fascinating online survey for M&S, so all is not lost. For some reason I now have the fateful earworm "A lalala long" ringing in my ears... Why?! J x

My earworm cause and cure is Daft Punk's Get Lucky.
http://www.youtube.com/watch?v=h5EofwRzit0

There is another horrible earworm that I won't mention because it brings me bad luck and I don't need that tonight.

Oh and this one is nice and addictive too, but I enjoy it too much to be mad at it: http://www.youtube.com/watch?v=8t2-rJo5bdw

As any fule kno, the best way to get rid of an earworm is to sing the Birdie Song followed by the theme tune to Hawaii-Five-O. Or possibly the other way round.

oh yes, the Hawaii 50 theme! it has been in and out of my brain for like the last 40 years! Also 'i'm Henery the eighth I am I am, Henery the eighth I am etc' which can really bring me to my knees I dislike it so much, but it remains hidden in my nervous system and reactivates, like shingles. I will try the suggested cures. More pleasantly, I sometimes get stuck with 'only love can break your heart' . It can really irritate the spouse if I whistle it over and over.
The advent posts are wonderful. Your tedium is so readable! And often not even tedious!