Welcome to the Hotel Yak

Instead of going for a chic (and more importantly, free) lunch today, I had to wait in for the man from Velux. He could not fix the blind, obviously, and will be back in a month. I had an exhaustingly chewy cheese sandwich and watched the rain, which is really very plentiful.

Another day elbow deep in Belgium's Worst Websites (Indian dance class websites, I am looking at you with your flashing purple graphics and your sitar-heavy musical ambushes).

F has bought a giant air cannon from the Internet and it arrived today. I am typing this with a plastic cup balanced on my head which he is trying to shoot off with the cannon. The dog is losing its everloving shit at the noise and general weirdness of the air cannon, barking hysterically and snapping ineffectually at nothing.

Worst unsolicited email subject of the day that was not spam: "The perfumed garden of sexual delights".

E: I am squirming. Wild horses would not drag me there, whether Ottolenghi is fucking cooking or not.

M: EVEN IF PIERRE MARCOLINI IS THERE HANDFEEDING BABY PANDAS BAMBOO ECLAIRS.

E: EVEN THEN. Even if Sadaharu Aoki is hand feeding baby wombats petits fours. 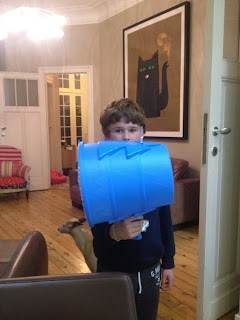 Truly excellent discussion with M about the merits of a hotel run by yaks.

E: I would definitely go to a boutique hotel staffed by yaks. No cold appraising looks on reception. Less judgmental.

M: It would be quite warm and welcoming. They would just blow hot nostril air on your passport in lieu of check in.


Also, did some good stuff at the weekend and did not talk about it yesterday due to being really quite mardy.

(i) Civilised Sunday morning concert at the Beaux-Arts featuring F's violin teacher on second fiddle. Lovely Tchaikovsky serenade and various other bits of Russian lushness. Boys relatively forbearing, F enjoyed more than L, who was definitely suffering and required a calming hand on his fidgety knee occasionally, and sighed heavily every ten minutes, but survived. It made me realise how very much I owe my incarceration at Quaker school for my cast iron 'sitting still' skills. I can sit still for BRITAIN, even if there is peacock tapping on the window (as once happened during silent meeting). Your four hour opera holds no fear for me. I will just be here, looking for that of god in the peacock. 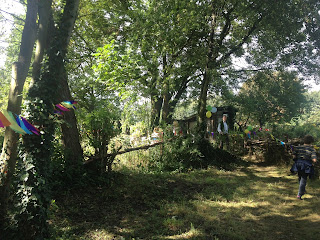 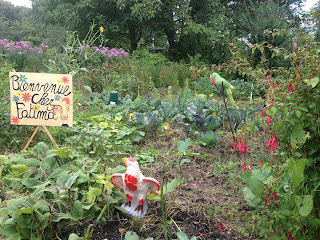 (iii) Bought some of the dainty green tea ice creams in a sort of chewy rice candy shell they serve here at the weird tiny Japanese supermarket, which was also offering one enormous purple octopus tentacle for €11. Perfect for impulse buys. "Ooh, a giant tentacle, I could really go one of those right now".

A tentacle is a terrible end to a blog post, but it is all I have rattling around the dessicated husk of my brain. This daily blog business is going brilliantly.
Posted by Waffle at 18:33

I have been very glad for your daily posts.

As a Cephalopod Correspondent I am of two opinions re: the tentacle, the first being that 1. a tentacle is nearly always an acceptable way to end an article, but 2. it is always preferable when the tentacle is still attached to the octopus to whom it belongs. Which 3. really ideally ought to be alive and off somewhere in private thinking its own thoughts.

Yes. I am in total agreement about the tentacle. This is why it is important to have a Cephalopod correspondent.

I think the daily posting is going very, very well! Ending on a tentacle is better than ending on a testicle, don't you think?

My husband bought an Airzooka at a tag sale for $1. (The couple selling it was comprised of a sad man and a happy woman.) I cruelly made him donate it to charity (!) once we moved into our current, small apartment.

Tentacle is a perfect end. But as Ellie said, better attached and elsewhere.

Daily posting is restoring my will to live, please keep going. Otherwise it's the perennially brain-numbing outer reaches of Facebook for me...

yes, it is going very well indeed. you have no idea how your posts are restoring my belief that there is so much! Merci!!

oops...the last line of that comment should have read "that there is so much more going on in the world than the news will tell us. Good gets passed around. Merci!"

Yes. Please keep posting. I am currently doing a "things that I'm irked by today" list on paper - feel it's far too banal for the interwebs. The DH comes home and reads the list while I'm cooking but diplomatically refrains from comment.

My children love those Japanese ice creams. I am not a fan.
I love reading your daily ups and downs!