I've acquired the traditional rentrée cold, of course I have. Nurofen 400 and doleful sniffing are the order of the day. I'm just going to lay my head on this table for five minutes and turn the lights out (I'm not. The children are coming home in approximately one minute and F is still incapable of occupying himself since he foreswore electronic blandishments, but let me dream for a moment).

Delhaize (crap overpriced supermarket chain) seems to have stopped stocking crumpets. This is truly the end of days. Who has the time (or skill, or inclination) to make a crumpet? Who can get through the winter without a ready supply of the same?

Websites that do not include a contact address or phone number. It's like you don't want me to find you, you bastards. Also, why are you purple and flashing in a manner likely to induce seizures? Nooooo not the musak! Aaargh, rage.

No news from agent on resubmitted chapters of cake book leading to inevitable conclusion they are shit (yes, another type of person would contact the agent and ask, but apparently I like to luxuriate in unnecessarily prolonged misery wherever possible). I'm not really feeling Cake at the moment. It isn't terrible per se, but it's a bit oddball and depressing. I am such a feeble quitter, I should just get a fucking job. I want to work in Belgian panda PR really, I reckon I could be really good at that. How do those nice posh women at London Zoo get their jobs? No, hang on, I'd need to use the phone. Scratch that. Most recent news on pandagate is the excellent pronouncement from the winning zoo that "Pandas are Chinese, not Walloon or Flemish". WORD. 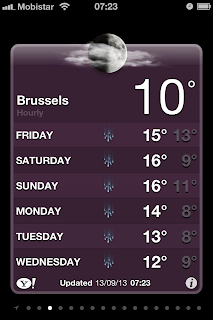 Things I have achieved today: a cake and a fire (a fire so large, incidentally, that Damien from the corner shop just came round in a panic because he thought the house was on fire. UPDATE: oh god, apparently several people actually called the fire brigade. I am pretty sure I haven't set fire to the house - I've checked twice - but I'm mortified. People were standing in the street and staring and pointing. Fire is herewith removed from the 'up' column).

I made a cake and then I Instagrammed it, because I have become that which I despise. Come back in a couple of weeks and I'll be cupping steaming fucking bowls of homemade fucking soup on Pinterest (no, don't talk to me about Pinterest. My Pinte-rage is undiminished. WHAT IS IT FOR?). 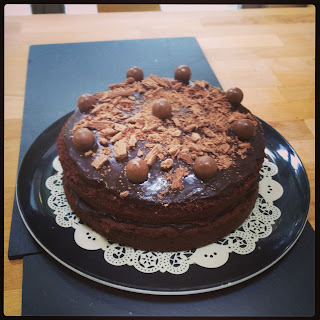 I had absolutely no earthly reason to make a a cake, I just fancied it. I forgot the baking powder but it doesn't seem to have been disastrous. If this cake had a name (which it doesn't because (i) it's a cake; and (ii) I'm not French) it would be called: "I spurn your proud gastronomic tradition, adoptive home country" since it is made with the finest vegetable oil and hoof based 'chocolate' products of my birth nation.

This is the dog skulking away and hiding in the woods to avoid a small and not at all frightening terrier called Annecy who he sees every day. I met a dog called Ziploc in the woods recently, truly, all canine life is there. 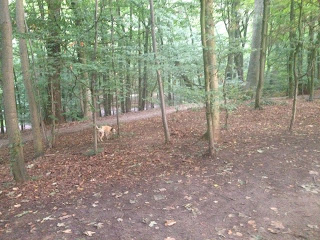 I am retiring for the weekend with Nurofen and a false beard and hat, in case I need to leave the house and confront the neighbours. I will be back on Sunday. If I haven't set fire to anything.
Posted by Waffle at 19:10

That cake looks amazing and you are hilarious and smart and wonderful (if apparently prone to pyromania). May your weekend be full of calm and books and laughter.

Wow! You have been prolific lately and I had not even thought to look. I did look up the word prolific and fear I have misused it: prolific - producing much fruit or foliage or many offspring.

You did produce a fire though and I understand it is was much of a fire and a cake. I hope the firemen and onlookers didn't eat the cake.

The birth of a cake should never be planned in advance unless one owns a flourishing boulangerie or is expecting an elderly relative for afternoon tea. Good cake makers are those who take long walks in wooded areas, refuse to wear chiffon next to the skin and of course are revolted by small two seater motorcars, usually red.

I can never fully understand how the new strain of eastern Europeans bakers, who complete with acute crepitus and appalling taste in footwear, can turn out the most remarkable Latvian strudels in a matter of only minutes. Couple this with the fact that most of them have a small teething child clasped to each nipple and a British passport hidden in a secret pocket beneath their house pinny, makes the whole process even more remarkable.

That cake is gorgeous and it must have been some fire to have drawn a crowd. Well done.

I recognize the evil that is Pinterest, but I can't look away. 4179 stratedU

Arg, I accidentally typed the code that proves I'm not a robot into the comment box above.

Oh dear, sorry to hear about the cold, I have just suffered through five solid days and I am afraid I was poor company indeed. One knows it is unlikely to be fatal and yet it is wretched to not be able to breathe properly. I sniffled through an entire (work-related) trip to Bruges Friday. I hear it's lovely, I'll have to go back some time and see.