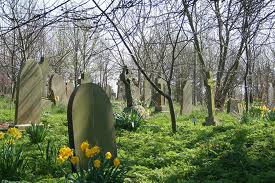 
(Mother's Day in Belgium. I did not get my promised "pony egg", but I have a thermometer, and Smurf box file decorated with farting dragons. Here's something vaguely relevant (from my Paris/cake project) about the weeks following my youngest son's birth.)


It was a short labour in a quiet hospital and at seven in the evening, there he was, a boy. The baby my mother had been planning to buy clothes for on the day she died, angular and long fingered and entirely himself.

We look quite happy in the few pictures I have from the hospital, quite peaceful. We're huddled together, my body is distorted in a post-partum sag of exhaustion, but I am smiling and our scrunched red bundle is asleep in his father's arms in his hospital issue cap, peaky, shrewish nose to the fore. I had worried that giving birth, losing my  insulated status as incubator, might open the floodgates of grief, but holding him, very little seemed to have changed. I was both relieved, and slightly disappointed. People came to visit us, sent their congratulations with a sort of exaggerated jollity and relief, like we were the long-awaited redemptive twist in a dreadful story.

I don't remember much about those early weeks, but I know the sun shone, unexpectedly for March. I would walk around the Bloomsbury squares with the baby in his pram and look at the drifting cheery blossom and enjoy the faint blush of spring warmth on my back and feel, on occasion, surprisingly happy. I was astonished by how easily I loved him: he was beady and easily comforted, deliciously soft and velvety. When I fed him, I could feel, with a hand on his back, when he was reaching satiety, could feel the air bubbles that formed in his tiny digestive tract and needed to be massaged out. The outpouring of uncontainable, savage emotion I had expected seemed to have been - at least temporarily - supplanted by a quite simple contentment.

A few weeks later, days before we left for Paris,  I remember taking the train up to York with the baby sleeping on my chest, sparse downy hair wild with static. Leaving the station, it was cooler in York than it had been in London and the spring morning felt a harsher kind of proposition: brighter sunshine, bouncing cotton wool clouds with a grey edge, a chill in the air and just a hint of chip fat crossing Lendal Bridge over the River Ouse, swollen and grey, threatening to break out of its banks, yet again. The grass slopes under the city walls were vivid with daffodils, bobbing in the breeze, that perpetual signifier of a Yorkshire spring. Down Cemetery Road, in the meandering lanes of the cemetery where I had last been in October in a scuffing, persistent drizzle, spring had also arrived: the grass was long and the alleys full of tangled flowering briars.

There was no one around as we walked down a maze of overgrown paths, into a small clearing ringed by bent willows heavy with catkins, past uneven rows of lichen green headstones. I wasn’t quite sure I was in the right place, but yes, here it was: I recognised the neighboring tombs. We had chosen the plot because the two nearest graves were dashingly named First World War officer casualties. We thought she would have liked the idea of a perpetual escort of handsome young men in uniform. My mother’s grave was now a small hillock covered in short, springy heath grass, nothing like the narrow, astroturfed hole of the previous autumn, with the shockingly small coffin being lowered into it. I sat down on the grass next to the grave and unstrapped the baby, still dozing on my chest, lying him down next to me on my jacket. His eyes snapped open suspiciously and he began to kick and wriggle experimentally, deciding whether to cry.

“So here he is” I said to the hillock, feeling idiotic. “I brought him to see you”. I paused: there was nothing to hear but bird song. The cemetery was empty and so was I: I wasn’t at all sure what I was doing, wasn't sure that this lump of earth or my trip to see it had any kind of significance. My own grief still eluded me: it was not a thing I recognised as grief at all, this mixture of weariness and anxiety and outbreaks of quite mundane contentment. Even so, the trip had seemed like something that needed to be done before we left: it was the kind of thing, certainly, that she would have done, and that seemed like reason enough. I sat for a while longer.

It was sheltered in the clearing and the grass was warm and only slightly damp in the sun. The baby had not gone back to sleep, but was kicking his legs, decidedly, at high speed, his grey eyes wide open and focussed on something, or nothing, in the middle distance, beyond my mother’s grave. He was a funny little thing:  quite tightly coiled, alert, and yet also astonishingly cheerful most of the time. He really wasn't a difficult baby, but even so, I struggled to imagine what made him tick, what governed the Yorkshire spring rapid moods that shifted and animated his long limbs. Babies that new are so peculiar: unfathomable small mammals we love without understanding. It’s why seeing them emerge into people, with decided ideas and emotions, is such a strange, delightful, intermittently confounding process. My mother, I thought, would have enjoyed the puzzle of him. It seemed extraordinarily unfair that she couldn’t. I cried for a little while and it felt terrible and insufficient and good, all at once.

Then I picked the baby up and walked back through the lunchtime bustle of York town centre, weaving through tourist and shoppers, my feet taking their own route without conscious thought: Aldwark, the soaring white arches and flapping scaffolding covers of the Minster, King's Square, the compost smell and cobbles of the market. Finally, I stopped at Betty’s and bought myself three fondant fancies, two yellow and one pink.

Beautiful. So peculiar how a new child makes more sense of the olds, even if they're not there in person

That is such beautiful writing - and so true

Waffle, you are very brave. Thank you so much for this.

My nana would say out of sadness comes joy. I think actually, after sadness we feel joy more. I am glad you took him to meet her. x

I'm afraid I must tell you - after reading you for years and never saying a word, that this is the only thing that has touched my cold unsentimental heart today.
I fucking hate Mother's Day, but you've done me in.

a post I don't have the words to describe. Thank you.xx

I wish I could snap my fingers and make you a published autor. You are good.

i can see why life exhausts you so often. you see and feel it all, all.

This is a brilliant piece of writing. I felt as if I was in your head and your heart as I read it.

How beautiful, and such a vivid, special memory, despite being so sad, little moments of happiness and calm force their way into your grief with a jolt. Thats what babies do, thank goodness.

So gorgeously written. My dad died the month before my son was born; wish I could articulate it like this.

Fondant fancies have a wonderful healing quality I find. That was a beautifully written, very moving piece...I need a fondant fancy now to recover!

Although it seems odd visiting, i know the feeling with my father's grave, he never made it to my wedding, but I knew the day after I had to visit and leave him the bouquet on his grave. It does feel odd but at the same time right, it's that last little bit of goodbye and it helps xx

Dear Emma - thank you for this beautiful post. Your memory of the time is obviously seared into your soul.

A comment from An Inch of Gray came to my mind when I read this...

Grief for those standing at a distance, seems too sacred to approach with common hands, and comfort a priestly duty. Consoling is utterly impossible, and surely a job for some expert who knows the flavor of agony, or some close family member who has a right to speak. That is how the outsider feels; but grief ia a lowly, deep, and violent wound, and the pain so exquisite that every kindness has the potential to be, not consolation for such loss, but perhaps a cushion against the writhing.

I came for a few minutes' amusement, and got instead something utterly beautiful and moving. Thank you.

Ditto Pekay's comment.
How strange that transitions of birth and death are in the end universal experiences, but are completely personal when they happen to yourself.
Thanks for sharing your own experience, which also helps to make sense of each reader's own griefs and comforts, mine included.
Kia kaha
Heather (NZ)

Hello Emma, how are you? I looked at your blog because I was thinking of your mum after finding some photos of her in my musty disorganised stash. I got really homesick for York and all that.

Heart-rending and once again, I read a post about your Mum and I get something in my eye.

So brave Em. Thats what Mother's Day is for, for so many.

The first visit to the grave is never good. My knees and hanky took a hammering when I went to my Dad's stone, next to my brother's from only two years earlier. The early nineties just sucked.

At least they had each other for company.

You never fail to move me. Beautifully written.
xoxo
Janet

All these people that we consist of, they change us so much when they go away.

I know it's a process, and there's really no pressure, but man, I want to read your book NOW.

Simply exquisite - superlatives don't do this justice (and I don't even have children - but I do have a mother)...

On the night my father died I ate two Tunnock teacakes. I hope the fondants from Betty's were as good as they were.

so moving and so well written. Thanks for those pieces of emotions!

I love your writing. Wonderful.

Could I just point out that Europe got all confused over Schuman Day this year - the Commission and a bunch of other places were shut but the Parliament and the European schools decided to go off-piste and stay open.. could we have a bit of consistency here people??? If you have a holiday, have a holiday..