See, in my head, I had already told you I needed to have a short sabbatical because I was in a froth with work. And because I had told you in my head, I forgot to actually tell you, on my weblog. I do this kind of thing all the time: my head is a vivid mass of conversations that I am planning to have, or think I have already had. It causes me all sorts of problems in my personal life, as you can well imagine.
So: let me attempt to rectify this, here if nowhere else. I am very busy with stuff that mysteriously does not appear to be making the slightest impact on my bank account. This may or may not be responsible for the downgrading of Belgium's sovereign debt status (though do note, that we are now a mere speculoos's breadth away from having an actual, living breathing government! It only took the total collapse of the Eurozone, well played Belgium). So. I am taking a short leave of absence from the internet (well, this part. Not the part with youtube videos of porcupines eating sweetcorn), until after Christmas. I sort of have in mind to come back with a slightly rejuvenated format, but I expect technology will get the better of me, and it'll just be more of the same ill-tempered whining, animals and occasional outbursts of boring clothes lust. I do miss it, though, so I will definitely be back. It's lonely up there the attic with only the harsh call of the local seagulls, and the odd porcupine video, for company.
In the meantime, I have uploaded some new stuff to my Scribd page, including recent Red and Metropolitan features, and a couple of pieces I have read (yes, 'read'. Or possibly 'muttered'. Definitely not 'performed') at Tall Tales (last week's A Child's Christmas in Belgium and the older Kiss and Ride and Keywords). There should be other, odd bits and pieces over the next month or so and then hopefully I will be back, returned to my usual state of semi-unemployment and desperate for the sweet balm of the internet. I mean, we're all going to be bartering freeze dried rats and rudimentary weapons made from toenail clippings soon, so there's not much point in me trying to earn any money, is there?
On that cheery note, here's what you can all buy me for Christmas. 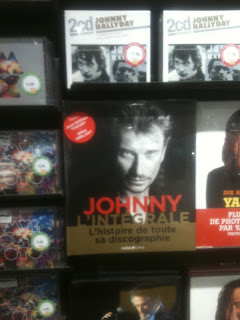 Emma- Glad to hear you are just off being busy. Was slightly worried when I had not seen an intriguing animal post for a while.

I sadly am reading this on my BlackBerry as I was so incredibly stupid and uncoordinated I knocked
over a glass of wine on my macbook and killed it.

Hope you enjoy the holidays.

Please bring your computer downstairs now !!!!!or get another laptop and keep it on the kitchen table, sure you would be likely to post more if its right next to you.

Don't change the format, it wouldn't be the same, the whining, the dry wit, the hilarious insights into Belgian culture and the fashion are the things we all love.
Keep posting!!!

That is so typical. Hours after I post on my blog that you seem to have evaporated into the blogosphere, you re-appear,making me look totally out of date and off the pulse. I will have to post again now - and I wasn't planning on doing so for at least a fortnight. Pah! However, I am very glad that you are busy with worky stuff and not mouldering at the bottom of the stairs beneath a pile of final demands and early Christmas cards.
I wish you and your lovely boys a happy and peaceful Christmas.
Mya xxx
Here's your Christmas gift - evaginate. I just found it whilst checking my spelling of evaporate (yeah, I was wrong)- it's a physiological term, but I reckon with great writerly skill it could be successfully utilised in things other than medical tomes. Evaginate:definition, turn tubular organ inside out. Not a church organ. Whatever. Merry Christmas. x

Thanks for letting us know. Have fun!

Oh, good...I was worried about you...but, I have been busy searching for Monster High dolls as these are the only gifts my two eldest girls want. I think I love these dolls...I am obsessed with them. And, yes, I bought one for myself. Big plans to redecorate the Barbie house all sorts of deep purple and animal prints to make a "ghoul's hangout"!
Okay, so I was that girl in high school dressed in all black...so what?
Glad you are busy and glad you will be back...enjoy your holidays!!

I've really been missing your writing/blogging, so was delighted to be able to peruse your Scribd articles.
You write beautifully. Pure dead brilliant!

I look forward to seeing the 're-lookeid' (pronounced in thick French accent) blog come next year.

You naughty waffle! You were in Kilburn last week and you never told us? It seems that these performances are invariably timed to miss my infrequent visits to UK by about a week every time, but I am determined to catch you sooner or later. (Not in a creepy, stalking way, I hasten to add).

Enjoy your web break Waffle and a very merry x-mas to you !

I've been sulking because you're taking a break but I forgot to tell you so it hasn't been so effective. I miss you!

I shall miss you.

Looking forward to having you back already!!!

Have a wonderful Christmas with your small chaps and we'll see you soon!

It's my birthday! Party at my blog - cocktail weenies and whiskey sours for all! 8-)

Completely understand you taking a break but I'm starting to get desperate for your wit, humor and overall class. Hope you come back soon!

as a vegan and an animal rights activist (but not an extreme one) I don't believe even the most extreme animal rights activist would do something like this. Why would they swap one animal tested product possibly for another? I think from what I've seen of this news, it was only the Daily Mail that suggested activists could be the cause, and there is no evidence of this at all

eeeeh, COME BACK_ We miss you here!

Busy is an understatement at this time of the year! January is for sure the blue month :O(

Any chance of an entry on your blog any time soon? Just a teeny one?

Seems that blogging is dying... Whoopee has also bit the dust...

Loved the Guardian piece; as with your blog it went from withering to tender. Looking forward to hearing from you again