As Belgium nears the point at which it will be terminally embarrassing still not to have a government, I have FINALLY found an explication of the current state of Belgian politics that is pitched at the right level for me. It is here, on the Elle Belgique website, and headed, "The Belgian Political Crisis for Dummies". I admit it, this is my level.
I give you my own reduced, translated version here, in case anyone quizzes you on the Belgian constitutional crisis and you DON'T have any vegetables to hand. I realise this is only useful for like, seven people, but I am determined I will understand it, and step out of my insular bubble of staring at pigeons and eating soup, so you must suffer along with me. I have placed bonus animal photographs at crucial junctures through the explanation, as a teaching aid, as it were. Mainly small primates.
1. The habitual bad-tempered truce gives way to total chaos
Elections were called early in 2010, because the Flemish liberal party Open VLD pulled out of the coalition over the issue of voting and administrative rights for French speaking residents of BHV, Brussel-Halle-Vilvoorde. I do not know why they pulled out. They were cross, I suppose, at the failure to resolve the whole ongoing BHV ridiculousness.
(In verrrry brief: BHV is part of Flanders but the population includes a majority of French speakers and officially considered bilingual. In Flanders, you can only vote for Flemish parties and access public services that are Flemish speaking. In BHV, French speakers are allowed to vote for French parties. This was judged unconstitutional in 2003, because Flemish voters in French communes do not have the equivalent right. The Flemish parties want to split the area into 2 separate voting districts. The Francophones don't. If I say any more I'll get confused again. Let's steam ahead, ignoring all subtleties )
You survived a paragraph! Here, have a pygmy jerboa: 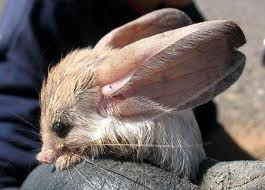 Those are the ears of government.
2. The Patapoufs and the Filifers both win, causing chaos.
In those elections a large percentage of votes in Flanders went to portly Flemish separatist Bart de Wever's N-VA. The other big electoral success was the Francophone socialists, led by dapper bow-tie wearing elf, Elio di Rupo.
Two down! Here's a baby tapir: 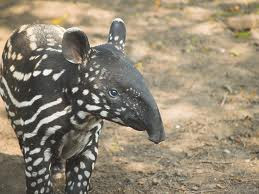 3. Lots of politicians get "eur" jobs.
A succession of politicians were appointed by the king and given names ending in "eur". Their role was to try to broker agreements between the many, many, MANY parties.
Bart de Wever - Informateur
Elio di Rupo - Préformateur
André Flahaut/Danny Pieters - Médiateur
Bart de Wever - Clarificateur
Johan Vandelanotte - Médiateur
Didier Reynders (who my friend once interpreted for, or at least in the same room as and described him as "quite the silver fox") -Informateur
Wouter Beke - Négociateur
Elio again - Formateur.
Who are all these people? Does the king draw their names out of a hat? Does he know who any of them are? Do they get to choose what "eur" name they get? So many questions.
The slow loris is anxious about the fate of Belgium. 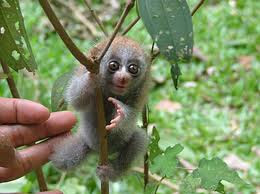 Let us plough on with this singularly joyless exercise.
4. A bewildering number of people start to actually negotiate
Elio put together a proposal - a "note" - in July of this year. Bart de Wever's N-VA didn't like it and he took his ball and went home, basically. Because of the budget, and because they couldn't reach an agreement on BHV. This meant that Elio needed another party in his coalition negotiations: CD&V, the Flemish Christian democrats. CD&V finally agreed to take part, and the negotiations started with 8 parties, many of which have odd names, that sound like diseases, or medical procedures, or desperately trendy design consultancies:
PS (French, headed by Elio)
CD&V (Flemish, Wouter Beke)
sp.a (Flemish social democrats, headed by Caroline Gennez)
MR (French moderate right wingers, Charles Michel)
Open VLD (Flemish liberals, headed by Alexander de Croo)
Groen! (ridiculous name, Flemish Green Party, Walter Van Besien)
CdH (French centrists, led by Benoit Lutgen, formerly Joelle Milquet who is one of the only ones I ever recognise on TV, because she looks like she's escaped from a dreary French police procedural on TF1. I mention her name for this reason and this alone)
"Yah, the CEO of sp.a had an MR so they've taken him in for an Open VLD".
(Are you bored yet? I am. I've forgotten why I started doing this so I went off and had a nice read about okapis on Zooborns. They are pretty, okapis. I met one once. I'd quite like a biscuit too, but I'm not allowed. Maybe I'll watch Made in Chelsea instead, for a glimpse of Mark Francis and his pocket handkerchief and deep tan, and blazer, and compelling eyebrows. I am obsessed with Mark Francis. I want him to be my friend and make his maid Gianna bring me champagne. Did I just admit that out loud? I blame Belgian politics, I am losing my mind. Sorry, I will take a break to read a chapter from this Iris Murdoch novella whilst working on Catalan's Mersenne conjecture)
Oh yes, your animal. Here you go. This might be another slow loris. I do not know. I like its toes. 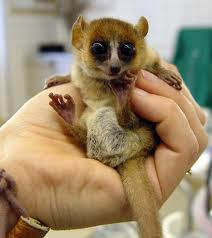 5. They agree, at last, on something
On 8 October last, an agreement was FINALLY reached between the 8 parties.
Key elements:
- greater regional autonomy, particularly in the areas of health and employment
- the right for regional governments to collect a proportion of direct taxation
- child benefit will be administered regionally, as will the Highway Code (WHY IS THIS WORTHY OF MENTION. It keeps being mentioned, but no one can explain to me why on earth it matters).
- Most of the Francophone special rights in BHV will be withdrawn.
This marmoset is sad to hear that: 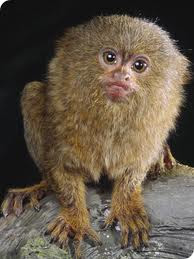 The crowd are on the pitch. They think it's all over. But it isn't, because this is BELGIUM, suckers.
6. We still don't have a government.
Although it looks almost certain that Elio di Rupo will be able to form a coalition now, he hasn't actually DONE it yet and there will doubtless be a few more rounds of unseemly squabbling before that actually happens, predicted to be in November. Also, they all still have to vote the budget through. And of course, now they have to try and sweep the charred remains of Dexia under the carpet, so it's not all speculoos and Leffe, and unicorns yet.
Oh god. That was EXHAUSTING. I feel despairing and confused, and humble and somehow diminished as a person. Imagine if you'd been locked in a room talking about this stuff for over a year, it's more than flesh and blood could stand.
Here's your last animal. I'd totally vote for him. 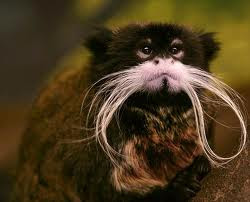 (Tomorrow normal service will resume and I will try to dredge something entertaining from another week of sitting at my desk and muttering, I promise.)
Posted by Waffle at 16:44

I have been resisting and resisting your baby animal thing, and today it actually worked and now I cannot do my job. there are no splendid images of infant tapirs awaiting me at the end of each polite-and-firm-NO-NO-NOT-EVER piece of email that I send and lord knows there aren't any in the meetings I've been roped into today.

I stand by my comments - Siver foxarama. It makes it hard to interpret him. Similarly, whenever I come across a commissioner my minds wanders off to consider your Commissioner attractiveness league table and then I find I've accidentally cancelled Sweden.

Ahahaha. Chezmarianne. I am so delighted you cancel Sweden.

I really ought to deepen and develop the Commissioner league table. There should be a website. We could monetise the shit out of that baby. Until we get sued, of course. Beatrice? Are you on board with this?

I am pleased with this synopsis of the Belgian political crisis. While I have had to follow this from the beginning in mind numbing detail I find the addition of the baby animals helpful in sanity retention.

I think we need the fellow at the end with the wispy whisker moustache as Prime Minister.

Aspasie - Yes, I agree. Who could object to that tiny, whiskered face on the Journal de 19h30 telling us the economy is buggered? NOT ME.

The mini moustachioed one is worth slogging through a description of Belgian politics twice the length. What is he? Anyway hasn't your governmental stasis meant that Belgium's economy is growing more than anyone else's?

A decent summary for a foreigner. One thing, though: despite what the francophone media might tell you, 'Flemish' is not actually a language. The sole official language of Flanders is Dutch.

Pygmy jerboa has to be a digitally photoshopped fantasy. Such a creature can only live in our imaginations. That's what happens when one overdoses on genetically-modified chocolate.

on the à eurà jobs, just to inform you that in non'French'god'forbid speaking Netherlands the guy, is usually a guy, try to put together a coalition of the winning , or losing, for what matters, parties and report his progresses to the Queen is also called informateur. They might have agreed long ago on this, I suppose.

I took a course back in University that was something along the lines of 'European Political Systems,' and at one time was conversant with the basic political parties and procedures in most EU countries - but no more. Try as I might, the only piece of Belgium-related information I could dredge up from that period was the word, "Walloon," which really doesn't help at all.
Therefore, my vote goes to the pygmy jerboa.

This is my first ever comment after a year of reading (fuelled somewhat by wine?) - finally someone explains Belgium to me in terms I can understand! Also, every time I go somewhere, you blog the next day that you were in the same place at the same time as me. Can we just be friends and I can finally bump into you purposefully? P.s. I have 2 greyhounds - we basically have the same dogs.

Hannah - Email me! We can walk our extremely thin dogs together or something.

Over here, lots of politicians (and their best friends) get eur money.

A very fine selection of animals. Thank you.

You mean Belgium actually HAS a highway code? What does it say on what to do if confronted by a car reversing towards one at high speed the wrong way up a one-way street, as happened to me once in Bruges?

Waffle, you made the most boring conversation subject of this country fun to read and crystal clear,congrats! I asked my man,who's really into all that (guess it's his political soap) why did open vld left in the first place but he's got no idea (or too many and I really really don't want him to speak about it for hours so let's say he's got no idea why all this occured,that would be our little secret) What I know is that there's no recent news from those people and I wonder if they left the country for good ? they fled to cuba with the money from Dexia Bank ? no news is good news but still...

Herbal treatment is safe for treating various diseases, so you do not have to worry to try

Thank you for presenting information of interest .. wooow outstanding

Fisher-Price made one of the smore.com/ most convenient to clean and maintain Title it tidy high chair. The seat cushioning is very Best Baby High Chairs Reviews easy to clean and machine cleanable.