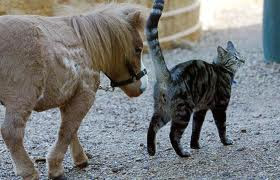 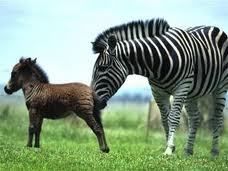 (Yes, I have just googled "very tiny pony". Next I will google "very tiny goat". This is where we're at tonight. )
Posted by Waffle at 18:42

Do you have any photos of Weepette eating said chocolates? Sounds brilliant (as was feeding toffee pennies to a greyhound. Amazing).

Thanks for good laughs and chuckles after miserable day at home with two mental under 5 girls who are lovely but I am mother from hell with rage today. Love it when you post.

I can't believe someone slapped a pregnant woman in the face. Damn, girl. You are the real gangster.

Reading about Weepette's facial expression after snaffling the popping candy actually made me GUFFAW out loud.

Normally, not such a big deal, but at the moment (while I'm currently in hiding and nervously trying to assuage my inside anxiety ogre), it's HUGE. So, thanks for this post. It was much needed!

Also, kudos for your train passenger handling skills. As a Glaswegian, I can relate to random travel rage and inappropriate protective clan tendencies.

p.s. Tell Weepette to go easy on the chocolate - it's actually poisonous to dogs! eek

I would pay good money to see you grappling on a tram floor, displaying the ultimate in 'weedy armed rage'. V funny. You are always describing yourself as shy and a little reticent...but you're obviously a bit tasty with your fists. I'm impressed. The next time I'm in a bar brawl,will you be in my corner?

Very small pony...or ginormously large cat?
The "advantage" of being a woman and going berserk is that, more often than not, the object of your rage is convinced you must be insane and, therefore, could do ANYthing (like pull a meat cleaver out of your hand bag or some such). At least that's what I told myself the few times I let fly at men who were all much bigger and beefier than I.
Mercifully, they backed down, disappeared into the crowd. Daughter was both shocked and chuffed.
Missed photos of the Weepette with a chocolate "smile".

God woman...I needed that laugh after the day I had.
And thanks for the teeny horse pictures!

Just brilliant. For the next few days my swank (it isn't) bachelor pad is a family home once again with son and daughter staying and I'm empathising. Oddly, whilst in the Cotswolds before I took them to the much more sensible north of England, we spend a solid quarter of an hour observing a traffic jam caused by a large number of ducks intent upon crossing the road from the park to get to the pub opposite. They could not be dissuaded.

Good for you (and Mother Goose) and your berserker rage. Remember, it's up to you to govern. Glad your puny, indignant arms were not harmed in the process.

I am drowning under too many essays, and have realised that my mental picture, on reading any judgement from Lord Scarman, is of Scar crushing mice under his paw. Does that make the other Law Lords a pride of snarky lions, or giggling hyenas? I think I need a miniature pony.

Waffle - hilarious! I too do the shaking of the head thing 'You don't want to come and spend the night, do you?' And of course, the little bastards do....

But it cuts both way - I can now expect my son to go off for a jolly overnight at some other house while I lie on the sofa and watch Waking The Dead from behind my fingers and munching my way through a tube of Pringles. I know how to partay on a Saturday night.

Geese - about as dangerous as swans.

Are you writing for elance, the freelance writing place. I gave up. I was spending hours writing finely crafted copy for a website selling artwork (posters) and getting paid about 50c per 100 words.

I believe that if you're good at what you do, the financial rewards can really mount up.

You have more adventures in a day than I have in a month. Biting geese! Subway fights! 5-child cinema!

HOP. Dear God no.
I was stupid enough to attend a free preview of this abomination.
I kept waiting for a plot, or even a reason for the scenes that made it into the film.

As for the rest. Respect. Deep deep respect. Of course, I am wishing you'd decked the twat on the tram.

'Incidentally, and by way of additional context, on the way home from the cinema with four children, I got into a fight on the tram' - that is a particularly wonderful sentence.

PLEASE tell the story of the fist fight! Please!

I have been late to work three times in the last two months due to slowly migrating geese. Migrating from one side of the road to the other on foot.

We do not have pretty EuroGeese here, however. We have amazingly ugly Canadian geese with black necks, mud-brown backs, grey chests and angry looking beaks.