I am utterly broken. I dunno, it's sort of not quite physical and not quite mental, it's both. When M described her Totoro fantasy to me this morning:
"Imagine an empty room, and the only thing in it is a giant Totoro, big enough to lie down on top of, that's warm like a hot water bottle and soft as Hungarian goose down. And its chest goes up and down".
... I whimpered with longing. Imagine how lovely that would be? I would never, ever leave the house again. I reckon between making these, and importing Daim eggs into the UK, I could be quite rich quite quickly, if I had the tiniest shred of entrepreneurial spirit, which of course I don't. Increasingly as I examine my failure to progress in the world, I am reminded of Zola's Rougon-Macquart cycle (though props to me for spelling that right first time, at least something is still working in my head): I am basically the decadent dregs of initially promising genetic material. Maybe I'm just going to spontaneously combust, like Oncle Macquart? Aw. I want to go and read some of the more floridly melodramatic ones now, whilst lying on my Totoro.
As it is, I am some blend of sick and wretched, and trying to finish an exceptionally long and complex law thing I am not very proud of (yet! Let's think positively for a second! Maybe tomorrow morning it will all suddenly come together in a masterfully fluent fashion?). My brain is like a grey spongy rag, resistant to anything except 30 Rock, penguins and leaning my head against the radiator to moan gently. Prog Rock is here, languishing on the sofa. He is very tired. Even so, we have discussed Cliff Richard's sex life, heat exchange in dog paws, Mr Wickham in Pride & Prejudice, the tableaux vivant of sordid that is my back yard, Ugolino eating the bishop's brain and Ken Clarke's voting record. I am going to take him to Johnny Hallyday's favourite restaurant where you can only have steak. With special sauce. Presumably the sauce is made of collagen: 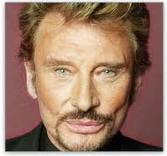 Let us, however, remember that the worst is nearly over in the northern hemisphere. It is nearly the end of February (though the mystery of what on earth to get Fingers for his 1 March birthday remains unresolved). My 4 snowdrops have been joined by 2 optimistic irises. I - and this is a MASSIVE concession from me - actually enjoyed walking the dog this evening. I am going to close this blethering nonsense by telling you all the things gmail has offered to sell me today:
Non-surgical safe stem cell knee surgery (eh??)
Labradoodles
Hijab al hob (this sounds like a recipe)
Dog boots
Swelling hands
Car rental in Iceland
Make of this what you will.
Posted by Waffle at 19:40

Not a day goes by when I don't also wish for that exact scenario with a Totoro. I have a mini plush toy that just about fits my head on...it helps :) x
Sarah
skittlesliveinjamjars.blogspot.com

Labradoodles can be very adorable. However, you already have a weepette, which would likely be miffed if you brought another canine into his world, I suspect.

If you are lamenting a lack of entrepeneurial enthusiasm, does this spell the end for rude biscuits?

Did you know there's only one named road in Iceland. That's why they didn't try to sell you satnav to go with the car. I hope your radiator wasn't too hot...

I often wonder about cliff's sex life. Does anyone actually discuss it, or is it the elephant in everyone's room, thumping away, knocking over the china ornaments, and shitting on the floor? IS HE COMPLETELY GAY? I DON'T KNOW AND IT KILLS ME!
get well soon, dear Waf x

WELL, Harridan. In my former life as someone who had a decent income, I once stayed in the same - small, boutique, Alpine - hotel as Cliff. He was on holiday with 3 other people - 2 women and 1 man, who was incidentally morose DJ Mike Reid. They made the CFO take a picture of the 4 of them in the hot tub, but I can tell you there was precisely NO sexual tension at all. That doesn't actually help, does it?

I also dream of Totoro. But with the theme tune unfortunately sung to the tune of "so macho".

Getting that as an earworm would be totally worth it for a nap on Totoro. And don't get me started on Catbus.

...and I am sorry, but weepette in bed IS a Totoro. I KNOW. The only problem: he's alive.

Beatrice - I know you are right. I know it. But when weepette has woken you up BEING SICK in the corner of your bedroom, it loses that special magic.

Wait, you've read Zola's Rougon-Macquart cycle? I'm defeated: I was impressed with myself for getting through Book 1 of Proust's À la Recherche du Temps Perdu, but it's not in the same league.

Still, I can expertly comment on Cliff Richard and issues of libido, since as a young girl in the eighties I would watch his films from the sixties and definitely fancy him.

Hmm, watching this again, I think it was probably Susan Hampshire who did it for me really.

FUCK. Now I am dying to go read Le Rêve on a giant Totoro hot pillow, and it is only NINE AM. Totoro would smell of freshly baked cake and of first rain and of lazy summer afternoons on the lawn and of PONIES.

WTF Johnny Halliday? I saw him pre-collagen in some movie where he was a hit man who stayed with an old man in a small town, and it was all very interesting and cinematically fabulous until it suddenly sucked balls.

My most recent spam? "You do not call, do not write, I do not know what to think!"

I saw this and thought of you..

It will not help with the intellectual stuff but it is pretty fabulous nonetheless. J x

Actually I should have included this one too:

Thanks Popbitch, you know your audience... J x

Why not get a giant waterbed and have someone make a cover for a down comforter so that it looks (and is furry) like Totoro?

Also, if you had to choose.. would you have the Totoro bed or the Catbus?

i almost, nearly didn't read this post, because that man's face is so so Awful. i'm glad i did, you wondrous waffler. [but what the hell is a totoro?]

I actually don't know what a Totoro is, but for all I know I could be lying on mine right now.

To the above people asking whats a Totoro, I assumed Waffle and co. were talkin about this film, (My Neighbour Totoro)

I have been meaning to watch it forever! I went to buy the DVD at Saturn just a few days ago weirdly, but it cost 10euros so I put it back!
-Rhia