Thank you for all your birthday and blog birthday wishes. I cried a few times (I would probably have cried anyway, but you were very consoling). The drain advice was good too. I have poured lots of water down it. Fingers crossed.
Here's the birthday boy. 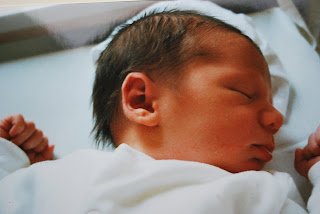 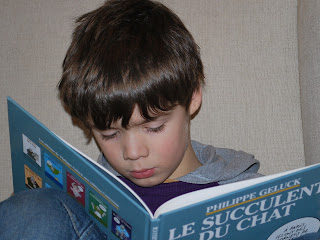 He didn't like any of his presents except the joke books. Thankfully there were five joke books. I now know more elephant jokes now that anyone over the age of ten should. He thought the martian cake (improvised out of the ruined entrails of the dinosaur) was woefully short on sweets, though he conceded when pressed that the class thought it was "chouette". We had words in the morning, but he still curled up with me on the big armchair and read jokes until we were late for school.
Happy birthday darling.
Are we still these people? 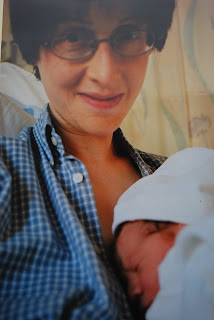 I don't know. But I still feel exactly like that about you.
Posted by Waffle at 22:51

I second the <3, and add well done for making such a cute child. I think you are those people with some added stuff!

WV is 'sconful' which is how I would describe my tummy, as I made scones and have had 4 with cream and jam today. I shall be a chubber forever, but at least I'll be happy!

Your gorgoeous boy shares a birthday with my Littleboy1 today. He's only five, but it seems like aeons ago that he was born.

I hope the birthday went well..x

In my Canadian French, "chouette" means "owl"... but I gather it must also mean "great" or "cool." Well done!

I think you're the same people, only more so. Your beautiful baby has grown into a handsome little boy. And who doesn't love elephant jokes?

What a beautiful boy. Enjoy the jokes - they'll always be funny if he laughs.

My fav elephant joke when I was about eight:

Q: What is the difference between and elephant and a flea?

A: An elephant can have fleas, but a flea can't have elephants!

Yeah. I know. But at eight? It was a side-splitter.

Happy birthday to you both. Kids don't realize until they have their own children how special their birthdays are to their mothers.

WrathofDawn: Really? You had a very unsophisticated sense of humor. I found the following much more cerebral:

Q: How do you know if there's an elephant in your fridge?

A: There are sneaker prints in the cheesecake.

I am drinking my first cup of coffee and your post just made me all teary. I'll add a third <3 to the mix.

Personally, I think you can never have enough elephant jokes.

Your son is gorgeous. I bet you never get fed up kissing the back of that particular neck ;-)

Here's another joke for Lashes:

Those little heart things <3? I thought they were little sideways arses. I am useless.

What's pink and squidgy on the outside and grey and crackly on the inside?

What time is it when an elephant sits on your fence?

Time to buy a new fence!

Thank you for sharing this photograph and intimate moment, E. It brings back many memories this end, that's for sure. You seem to have the same slightly bewildered and innocent expression I have on my first son's birth pics. An expression that says "OK... what just happened?" And "I don't yet quite know, but I can sort of feel, that I have had my last decent night's sleep, my last coherent conversation, my last leisurely getting-ready-to-go-out session, my last carefree day, my last string of clear thoughts, etc. for a very long time". And yet I went and did it again, this time getting 2 for the price of 1 and again, wondering "Why?" and then thinking "Nobody knows why, right?". But I know it was the best thing that could have happened to me because is there anything better than gazing at their smooth rounded faces and into their trusting and serious eyes, inhaling the scent of their heads and kissing their warm necks? I don't think there is.
So thank you for reminding me of this, with your beautiful words and this PS.
I wish you and your suns (that's what I call mine) much cuddling and laughter. Laughter is the best.
And er... sorry to have gone on so much!

Is it wrong for me to want to eat green frosting for lunch today?

Oh! He really is ridiculously adorable.

Such sweetness - Treasure this time, Emma, for Teen Terrorism will soon be upon you - I can't wait to read about your experiences of that!

Take care, much love, and many thanks for keeping us wildly entertained and touched x

Word verif is vicro, is that velcro for velos?

Awwww, he's beautiful, as are you.

If the disease is not treated immediately, then everything will result in harm to the health of the body. Thank you for sharing the information

supplying murder functions with no registration charges. Mobdro Plus you could download them to your phone to enjoy it later on offline too.

Provide it an one-of-a-kind name like "Kodi" and also an identifier. Kodi for PC That would certainly be using Cydia Impactor.

Growbox application is primarily an application established for the android system, butrint that can send out the header documents to Chromecast quit the attribute.

Phones and ios phones other famous hacking software was update xxzhushou iOS download prior to mosting likely to download it why not enjoyed some well-known.