After another tricky morning today, full of anxiety and foreboding and berating myself, I looked at the clock and realised it was half past two and I hadn't eaten. I could have done my usual, and eaten whatever lint coated rubbish was hidden at the bottom of my handbag and slipped into a decline, but for once I didn't. I headed out into the brilliant sunshine, stopped at the Neuhaus on the corner near the office and bought one of their small, but extremely delicious ice creams. Then I walked over to the nearest patch of grass, and sat in the shade of a statue of Leopold III's horse and very slowly and deliberately ate my ice cream (coffee and vanilla, with a very thin seam of chocolate sauce, wonderful)*.

And as I sat and ate, I thought this.

And I allowed myself a moment's satisfaction. And the dead weight on my chest lifted, just fractionally.

And then I thought about all that had happened in the intervening ten years. Things that the 24 year old me would never have believed she could get through. All the stuff you already know about. And in particular, I thought about a handful of days that were so much worse than this one and how it was days like those that had given me the resources I needed to get through days like today. I thought of staring at the ceiling in a Paris clinic at 6am and counting the tiles, willing myself not to think, just to keep studying that ceiling. I thought about sitting frozen at my desk in London consumed by dread and unable to move, wondering how I would ever move again. I thought going to the undertakers the morning before mum's funeral with my sister. I thought about standing on a traffic island on Wigmore Street with tears pouring down my face and a screaming, boiling hot infant strapped to my front, or trembling, in a basement in Lissom Grove, before going into group therapy. All the crazy, sick, sad, days.

And I thought that there would doubtless be more crazy sick sad days, but somehow it would be ok. And I remembered that getting through this stuff has made me a stronger, and more importantly, kinder person than that brittle, unforgiving 24 year old who wrote down her 10 portions of fruit and vegetables a day every single day and wondered, secretly, whether she just didn't want to be happy. And who could never confide anything because it would be like admitting weakness.


And I finished my ice cream, stood up and straightened my shoulders, raising my chin slightly in defiance. And then I went back to the Corridor of Ennui and finished my office supplies platypus***. 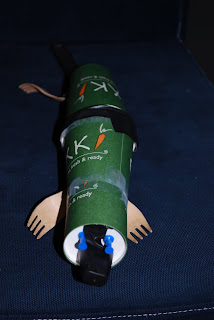 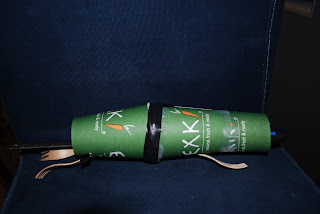 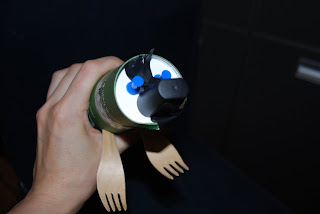 I think we should imagine this scene set to a medley of Gloria Gaynor and Destiny's Child. Me, ice cream, horse statue, empowerment, inept craft. Waffle power!

* Belgian Government Health Warning 1: Ice cream does not contain fibre and is not one of your five a day. It should only be eaten in moderation as part of a balanced, boring diet. However it is really fucking delicious. Go on! Have some.

** Belgian Government Health Warning 2: Do not throw up your ice cream. It is wasteful and stupid and we will send Jean Luc Dehaene round to sit on you.

You've been stalking me - you must have. How do you know so much about me? Actually, thank you for sharing. Utterly adore your blog.

Fabulous platypus. As for the rest, I offer you a big hug, with a side order of applause for travelling so far. x

You are great and I adore you. Really. Can't think who I admire more.

Just back from hols and was thinking of you as I traisped past your house on my way to Zizi's with the brood in tow. We rang the bell and missed you but happy to know you were elsewhere being soothed by ice cream.

Brilliant. Hugs from over here.

You are terrific and brave and great, and furthermore you have made that ice cream sound fantastically good.

The most excellent features of the platypus: (a) feet, (b) facial expression.

Just read all that stuff I didn't already know about, and it left me with a couple of tears, and a lot of wow you can write and you have a lot of stuff going on. Hugs from not all that far away.

Eating icecream is far, far better than doing almost anything else with it, so well done on that front. And on the last ten years. And the platypus is one of the best I have seen in a while.

I adore the platypus's face. And now I want icecream.

The platypus is rubbish because it is clearly a mole. Also, love you and your ice cream lunch and your revelations. You have, indeed, come a long way baby.

Most say that the platypus is fucking genius. LOVE the fork paws. KCACO, Jaywalker x

You've really come a long way, haven't you? You are amazing, don't ever forget that! And isn't it true that every day, even the worst ones, can be improved with a platypus?

You have come through some much, and with a lovely lively insane family to boot! Love the fork paws also, pure genius.

Well done. Really. You've been through stuff that would kill a lesser woman. Hugs.

Loved this post, I really did. So much is familiar (especially the crying with the hot infant bolted to your body...)

Happy Platypus Day to you!

I have only been reading your blog for a few months and you have mostly made me laugh, but today I had to stop reading in the office in case a tear fell.

You are a clever and wonderful person and I think very brave to share in such an open and honest way.

Conde Homer - I'm far too lazy for stalking these days. Limit myself to the cyber variety. But thank you!

Mrs T - Thank you for the hug darling. Very much appreciated.

Z - what a lovely thing to say. I feel a bit pathetic and unworthy.

Anon - Bath Bun! I was going to email you. We'll have to do a Zizi trip.

Sinda - thank you so much. xx

redfox - it was a really good icecream, but I got hideously sick around mid afternoon, so now I kind of feel that my triumphant self-esteem moment has been crapped on. Ah well.

Helena - thank you so much

bevchen - have ice cream. It comes recommended by the Belgian government.

Pochyemu - mole, platypus, pfff. Its tail is too long for a mole, no? Its brilliant letter opener tail? I showed it to an Australian anyway and she was impressed.

Cassandra - it was supposed to be a capybara but it went horribly wrong. Shhh.

Pinklea - so true. They should hand them out at metro stations.

Provincial Lady - the surprising versatility of the takeaway fork, eh?

Iheart - thank you so much. Hugs greatfully received.

Vic - oh yes. On that occasion a nice elderly lady stopped and gave me a tissue and said "It's hard isn't it?". Kindness of strangers.

Oh! Anon Sarah. I left you off, sorry. Thank you and I am sorry I nearly made you cry at work. I myself am a black belt at workplace crying. Come to me if you need any tips.

i always feel very Awk. commenting on blogs but i feel compelled to say that yours is wonderful, extremely funny and also touching. should i have left this comment on a posting about the dog instead? therein lies the genius of your blogging!

You're an inspiration, but I'm nowhere near as brave as you. I wish I'd known that girl in her 20's to give her a hug. x

I have found myself in Belgium on holiday. Our more glamorous holiday fell through at the last minute and there were no other options. I'm appealing to you for help - is there anything good to do in Antwerp (aside from hide in the hotel reading blogs)?

Magpie! You must go to Antwerp Zoo and meet Kai Mook the baby elephant. He is ace. It is just next door to the station. Er, that might be it. Antwerp is full of posh clothes shops allegedly but I have never found any of them since whenever I go it is with the spawn to the zoo. You could come to Brussels on the train, it's only half an hour, but there's sod all to do there either.


Make like the Belgians and sit in bars not doing very much. It's traditional and you will be assimilating really well if you do so. You could always come and visit me but I am really boring.

Wazifa Husband Love Istikhara Online
Wazifa Husband Love Istikhara Online , ” English:- Sometimes we have been noticed In some familiest husband and wife often quarrel on a small matter with each other.
Man Pasand Shadi ka Wazifa
Man Pasand Shadi ka Wazifa , ” Man Pasand Shadi Love Marriage Aaj key es nafsa nafsi k daor main jis taraf dekhen har shukhs musibatun aur Muskhkalun main ghira howa hai muskhilen aur azmaishen kabhi tou batoor imtihan hoti hai aur kabhi batoor-e-saza e amaal.
Wazifa For Job Interview
Wazifa For Job Interview , ” It is the very tough time for the person who is going for job interview when he or she goes for job interview different paranoid comes to mind that i will qualify or not what will be the interviewer
Wazifa For husband and wife love
Wazifa For husband and wife love , ” The relation of Husband and wife want extra care because it is very strong and also sensitive relation.Keep in mind that give most respect to each other don’t quarrel with each other if husband or wife don’t give attention,time then take extra
Wazifa to Stop Job Transfer
Wazifa to Stop Job Transfer , ” You will know better if you are doing job with multinational or governament organization that sometimes your transfer are make when you are unwilling by that transfer which are done by company for their benefit or sometime to punish you however the issue