The divinely inspired Mrs Trefusis has put together a predictably elegant and literary Fête entry. She is on her own in Dorset with two children and has to go to the Coop to fetch her own wine. Yet even so, she has managed to come up with this heartbreakingly beautiful and detailed set of literary dioramas. The work comes in several parts and is entitled "Great Works of Literature Get You Into Trouble" .

[This entry falls in the "Miscellaneous" class, so is up against Derek the Boring Bird. The competition is HOTTING UP, I tell you. ]

Part I: Tess of the D'Urbervilles 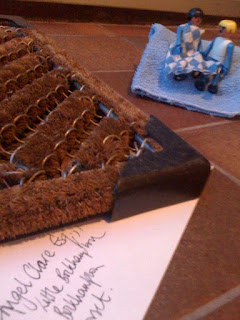 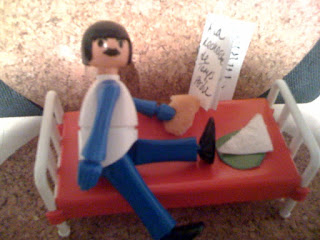 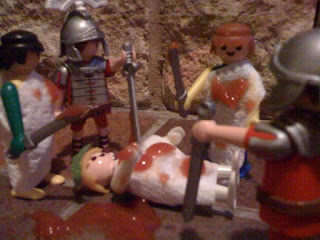 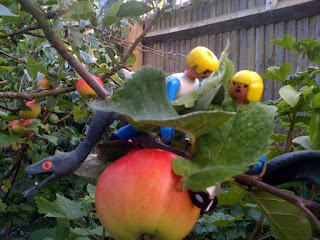 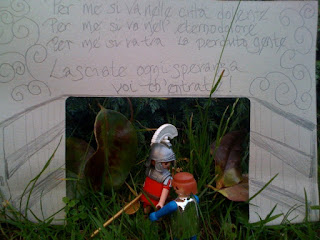 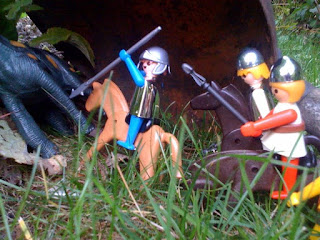 Which is your favourite? Vote! Also, do put any questions for the artist on the media used in the comments.


In addition, I have an initial attempt at a first entry from the Waffledome in the 'Pet' category.

This is entitled "Tortoise Pétanque" 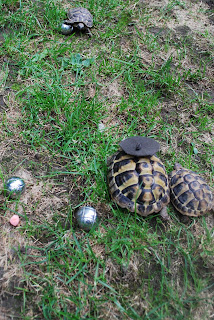 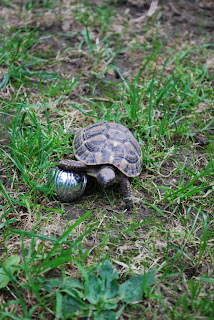 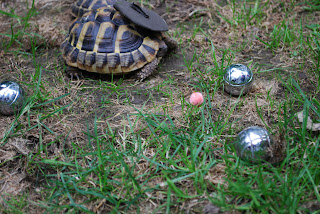 Hmm. We tried. But those bastards are FAST.
Posted by Waffle at 19:04

I think the one that says "Beowulf" is actually from Troy, don't you? I mean, check out the vegetation!

My vote is for Julius C. The 'blood' is a masterstroke. Is it strawberry sauce? Or were real playmobil people murdered for the sake of art?

We need to know.

I love Julius Caesar, mostly because of the playmobile figures' inappropriate smiles during such carnage. Nice work!

Okay, I just gave the tortoise photos another look. I wish I'd been there!

I knew there was a good reason for the existence of Playmobil people! Julius Ceasar gets my vote. Purely for the blood. Love it!

Mrs Trefusis I bow to the genius of your playmobil madness. xx

You people put my ideas to shame. I don't think I can stand the pressure to compete with the likes of you.

Paradise Lost gets my vote. More feeling than Blake.
Bravo!